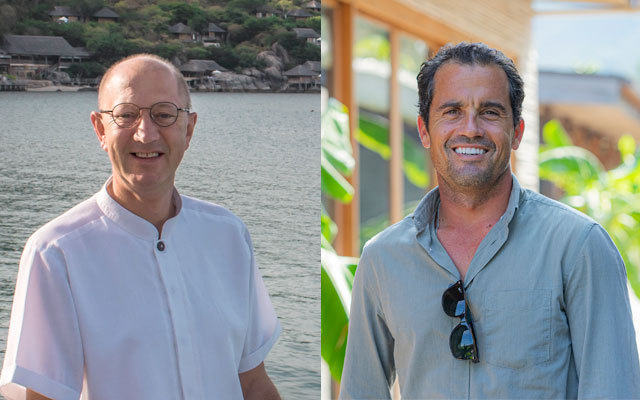 Placed at the helm of Six Senses Ninh Van Bay is Andrew Whiffen, whose most recent roles were resort manager and general manager of Soneva Kiri Thailand and Soneva Jani Maldives respectively.

Whiffen brings with him over 30 years of hospitality experience having commenced his career in culinary arts, working his way up to the executive chef position, then later transitioning into hotel operations overseeing F&B operations.

He also cut his teeth at several hotels around the world including Sandy Lane Hotel in Barbados, Marco Polo Niccolo in Chengdu, and Raffles Hotel in Dubai.

Scoles has more than a decade of experience working in the high-end hospitality sector. He opened his first hotel at 24 as director of nightlife for W Hotels, and has since been a part of five hotel openings.

In the role of director of F&B, he headed up luxury properties in the US, Mexico, Turks & Caicos and the Maldives, with several hotel brands such as Como, St Regis and W Hotels.