With sexual exploitation and modern slavery still rearing its prevalent head in the Asia-Pacific, authorities are joining forces with the tourism sector to stem the tide of human trafficking. 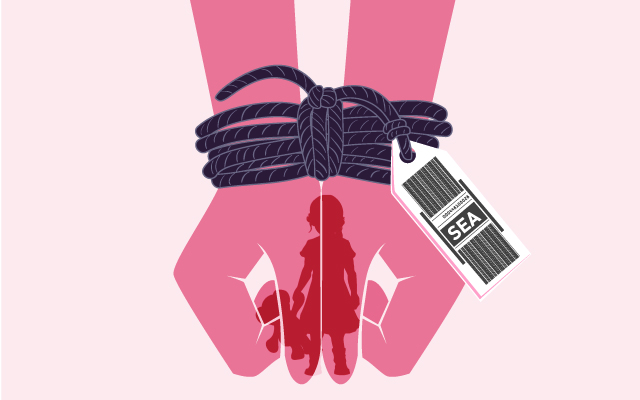 Asia’s travel and tourism sector is progressively joining the fight against human trafficking – which includes the sexual exploitation of children and women – as the region remains one of the world’s hotspots for this modern day scourge.

Criminals have become more sophisticated and organised with the advent of the Internet, online social networks and new ways of travelling in what C9 Hotelworks’ managing director Bill Barnett termed the “gentrification of the institutional sex industry” in his 2018 report, Of Condos and Condoms. Harrowing are the latest statistics from the International Labor Organization (ILO). Roughly 40.3 million people across the world were victims of modern slavery in 2016, including 24.9 million in forced labour. The latter is divided into: 16 million in domestic work, construction and agriculture in the private sector; 4.8 million sexually exploited adults and children; and four million in state-imposed forced labour.

Asia-Pacific accounted for almost two-thirds of the 24.9 million forced labour victims. “More than seven in 10 victims of forced sexual exploitation worldwide were found in the Asia and Pacific region. Although males are also victims of sexual exploitation, they are overwhelmingly outstripped by females,” ILO said.

Such is the dark side of tourism, rooted in poverty and the unintended downside of the growth in travel and tourism. Actual numbers are likely higher as these crimes are clandestine in nature and many go unreported.

In ECPAT Thailand’s 2017 report, Sexual Exploitation of Children in Southeast Asia, author Deanna Davy wrote: “Whilst traditional destinations for foreign child sex offenders such as Thailand and the Philippines continue to attract child sex offenders, countries such as Cambodia, Vietnam and Indonesia are increasingly becoming popular destinations as well.

“Countries that had in the past not been affected by the sexual exploitation of children (SEC) on a significant scale, such as Laos and Myanmar, are becoming increasingly popular tourism destinations and studies suggest that SEC is now in these countries also, albeit on a lesser scale than that which is occurring in more popular SEC hotspots in other countries,” Davy noted.

Inadvertently, Asia’s hospitality industry has become the unwitting accomplice in human trafficking as aircraft and land transport, hotels and home rentals, and other sectors are the main points of contact between the perpetrators and their victims.

Yet, the growing industry with its vast value chain and workforce – travel and tourism created 319 million jobs worldwide and one in 10 jobs in Asia-Pacific in 2018, according to WTTC – is also in a vantage position to combat human trafficking.

The levels of commitment to stem human trafficking vary, from companies integrating CSR initiatives into its operations to raising the public’s and employees’ awareness – all part of the Tourism Child-Protection Code of Conduct launched in the US several years ago, which is the world’s only voluntary set of business principles to prevent child trafficking.

“Asia is no longer a Third World entity. Applying the same rigorous human trafficking approach in the East as they do in the West is needed. It’s long overdue and comes down to hotels and tourism doing the right thing,” Barnett told TTG Asia.

Since February, the government has enlisted national carrier and AAPA member Thai Airways to play anti-trafficking inflight videos on its international routes.

The videos are also being shown in airports, shopping malls, movie theatres, train stations and other tourist hotspots as part of the Thai government’s efforts in tackling human trafficking.

Elsewhere, AirAsia has started training staff to spot and stop human trafficking since two years ago. Mun Ching, head of Air Asia Foundation, shared: “We have trained over 1,200 staff and crew as of now, and we plan to introduce the training for ground staff next year.

“We don’t have numbers and actual reports that we can share as these are investigative matters, but we can confirm that suspected trafficking cases have been identified and reported by our crew.”

Marriott International has implemented its human trafficking awareness training in Asia-Pacific since last year. “As of end-June, 77 per cent of our on-property associates across Asia-Pacific have completed the training. And the completion rate averages 85 per cent across the Philippines, China, Hong Kong, Thailand, Vietnam and Cambodia,” said Yuen Kwan Cheung, senior manager, corporate communications and social impact, Asia-Pacific.

Homesharing behemoth Airbnb leverages technology in its collaborations with local law enforcement officials and anti-trafficking advocates around the world to stop trafficking and hold criminals accountable.

A spokesman in Asia-Pacific said: “Airbnb uses sophisticated technology and risk scoring of every reservation to try and prevent incidents from occurring.”

He added that the company recently partnered anti-trafficking organisation Polaris “to combine their long-standing expertise with the innovation and scale of the sharing economy to take a modern approach to modern slavery”.

“The training will be updated to include modules specifically aimed to protect and support women and children, and (Grab) will work with local governments in their respective countries to support the implementation of the training programmes,” said Arvi Lopez, public relations manager of Grab Philippines.

“Grab plans to roll out in-app training materials to driver-partner apps by year-end, starting from the Philippines and Cambodia, where the incidence of human trafficking is high.

“Grab’s customer experience representatives will also undergo a training programme to equip them with the skills to manage reports of human trafficking flagged by driver-partners, even as Grab is already working with the local police in the Philippines, Indonesia and Malaysia (to combat trafficking),” Lopez said.

Besides Thailand, the Philippines has also recently stepped up anti-human trafficking initiatives, backed by various government agencies such as the Department of Tourism as well as global networks, ECPAT International and Friends International, which both actively protect women and children in various Asian countries.

Philippine tourism secretary Bernadette Romulo Puyat said that as anti-human trafficking is part of tourism’s sustainability ethos, they will also provide trainings and seminars for the safety of women and children, and help train tourism frontliners to play a role in prevention.

Indeed, while tourism boosts economic growth, it can also endanger the lives of the most vulnerable groups in society, including children and women, if not carried out responsibly and with proper planning.