With details of the Visit Malaysia 2020 campaign remaining scant, Malaysia’s travel trade is hardly resting on their laurels but ploughing bullishly ahead with their own promotional efforts. 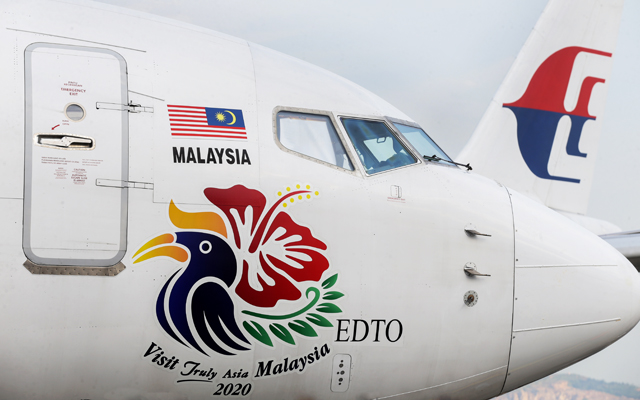 There are just months to go until the Visit Malaysia 2020 (VM2020) campaign kicks off, but as promotional activity on the government’s part still appears scant, inbound tourism players in the private sector are picking up the slack and drumming up publicity around the campaign on their own.

VM2020, a government-led initiative conceived to raise Malaysia’s visibility on the global tourism map, aims to attract 30 million tourists to Malaysia and generate RM100 billion (US$33 billion) in tourist receipts. The campaign is anticipated to revive inbound tourism to Malaysia, which has missed its tourist arrival targets for five consecutive years since 2013. Last year, the country recorded 25.8 million arrivals, shy of its 26.4 million target, and down 0.4 per cent from 2017. Tourists spent a total RM84.1 billion in the country last year – a wide gap from the RM134 billion target.

While the campaign has been announced by the Malaysian Ministry of Tourism, Arts and Culture and Tourism at major tradeshows since early 2018, the travel trade in Malaysia have yet to see proper engagement by the government on the details, planning and focus of the VM2020 promotion.

Shaharuddin Saaid, executive director of Malaysian Association of Hotel Owners, said: “This is the fifth Visit Malaysia Year campaign and I feel it is the worst handled. In earlier campaigns, engagement with the travel trade was made much earlier. We knew the government’s direction, promotion focus, target markets and products that they wished to push, and we could align our strategies in line with the government. There has to be a consolidated effort to promote Malaysia in order to make the campaign a success.”

Inbound players have since resorted to taking matters into their own hands and moving ahead with their promotional efforts.

“By year-end, we hope the government will aggressively promote VM2020 and provide direction to the travel trade so that we can leverage and align with the government’s promotional efforts in terms of important markets.”

Arokia Das Anthony, director, Luxury Tours Malaysia, remarked: “When our overseas partners ask us what the highlights of VM2020 are and what will make it interesting for their clients to visit Malaysia next year, we tell them that we will update them once Tourism Malaysia comes up with a list of special events for 2020.

“At the moment, we can only brief our partners that VM2020 is a government initiative and we encourage them to promote Malaysia as it is still a value-for-money destination with very reasonable hotel rates that are more affordable than Singapore and Indonesia.

“While we feel that VM2020 is moving at a sedentary pace, we cannot sit still and wait. We have started doing our own marketing and online promotions for 2020 since March. Forward bookings from our key markets – India and South-east Asia – have been quite encouraging.”

Ally Bhoonee, executive director, World Avenues, opined: “While the government has been late in engaging the travel trade (for VM2020) and rolling out a list of event highlights, we can empathise with their situation. The new government elected last May had pressing issues that needed to be addressed first. However, the lack of engagement with the private sector is not an issue for us. Ninety-five per cent of all products in Malaysia are existing ones. With VM2020, it is just a matter of marketing these products with a new twist.

“This time around, we are extending the scope to cover all states in Malaysia, including Sabah and Sarawak. We are showcasing the unique cultural diversity of Malaysia as well as the uniqueness of each state, in terms of cultures, food and lifestyles.”

A bumpy ride ahead
Malaysia’s goal of achieving 28 million tourist arrivals for the last Visit Malaysia Year campaign in 2014 was derailed by the high-profile aviation accidents of MH370 and MH17 which took place in the same year.

While it may be too early to tell how VM2020 will fare, given the lack of government-led publicity on the campaign coupled with multiple taxes imposed on foreign tourists, Malaysia seems to be fighting an uphill battle to hit its VM2020 targets.

From September 1, travellers flying out of Malaysia will have to pay a departure tax ranging from RM8 (US$1.92) to RM150, depending on the destination and flight class.

Also, since September 1, 2017, hotels, resorts and other accommodation premises have, on behalf of the federal government, begun collecting a flat rate of RM10 per room per night in tourism tax for foreigners.

On top of that, tourists who stay in Melaka, Penang and Langkawi also have to pay additional taxes, ranging from RM2 to RM9 per night.

Viewed in isolation, these extra charges seem like chump change. But cumulatively, it could make a difference on where a tourist plans to holiday, argued Ally, whose company is a key player in the Middle East inbound market.

He shared: “Middle East tourists come with their extended families. With more countries vying for the Middle East market, the government should look at deferring the departure tax until after VM2020 campaign as that will give the campaign a boost.”

Earlier in April, the International Air Transport Association had urged the government to reconsider imposing the tax as it could do more harm than good to the Malaysian economy. It is projected that the tax would reduce the number of air passengers departing Malaysia by up to 835,000 per year, resulting in a decrease in GDP of up to US$419 million and a loss of up to 5,300 jobs.

Also calling for the deferment of the departure levy until after VM2020 is the Malaysian Association of Tours and Travel Agents’ (MATTA) president, KL Tan.

“We are not for or against the levy. All we are asking is for it to be deferred amid concerns that the latest levy will affect target arrivals,” he said.

A Reuters report in July revealed that China’s economic growth has slowed to 6.2 per cent in 2Q2019 from a year earlier – the weakest pace in at least 27 years, as demand at home and abroad faltered amid an escalating trade war with the US.

Inbound agents are concerned that a prolonged trade war with the US may affect the country’s tourist arrivals to Malaysia.

Said Wong: “The accumulated levies and taxes will certainly have an impact on price sensitive markets such as India and China. But it is still too soon to tell how big this impact will be.”