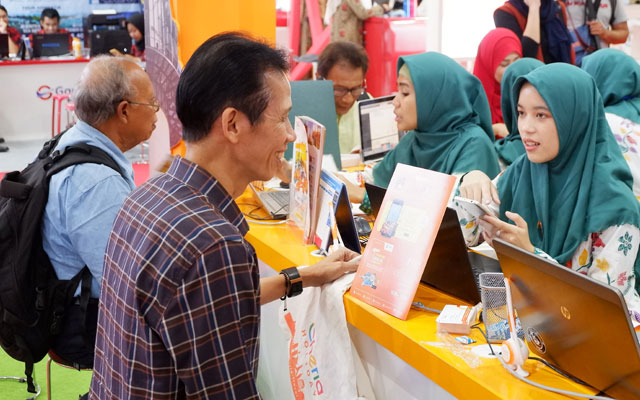 Indonesian travel companies are looking to seize growth opportunities in halal tourism, as an increasing portion of the country’s outbound Muslim travel market shows a greater interest in halal-friendly destinations in Asia.

“This package is largely taken by leisure travellers, with a sprinkling of companies whose staff members are mostly Muslims,” she said.

During the fair, Ramah Moslem introduced a 8D7N tour package for Rp7.9 million (US$559) to attract Muslims to visit spots that recorded the history of Islam in China, such as Niujie Mosque, the oldest mosque in Beijing that was built in 996 during the Liao Dynasty, added Suzana.

According to Suzana, many people are unaware that numerous Muslim communities and halal-certified restaurants can be found in China, a country that they assume is unfriendly towards Muslims due to its communist ideology.

Elsewhere in the region, Japan is also gaining significant interest among Muslim travellers even though the country does not have many Muslim communities or any historical sites related to Islamic history, said Hayati Idrus, senior travel consultant of Gardi Tour.

This, however, did not stop her from launching a 7D6N Muslim tour package to Japan this month, which offers visits to popular destinations like the Imperial Palace. Hayati named it a Muslim tour because she guarantees that in Japan, she would remind her Muslim guests of the five daily prayer times and take them to nearby mosques and praying rooms, as well as halal-certified restaurants to enjoy halal foods.

She said that Gardi Tour’s regular clients were umrah and hajj pilgrims. The Japan tour package, which includes meals, airfare, and accommodation at three-star hotels, was made to cater to many of her clients who wanted to travel to Japan but worried about finding mosques and halal food there.

Jakarta-based travel agency Myhajiumroh, meanwhile, has started more than 20 Muslim tours to over 15 countries. Taiwan, in particular, is singled out by the company’s president director Andi Wirawan as a place to watch for Muslim travellers.

Taiwan has stepped up its game to tap into the growing Muslim travel market, he said. Since three years ago, Myhajiumroh has tied a partnership with the Taiwan Tourism Bureau to attract more Indonesian Muslims to visit Taiwan.

According to Wirawan, the number of Indonesians who take his Muslim tour in Taiwan has grown by 20 per cent this year, thanks to visa-free access for Indonesians. “70 per cent of our customers are leisure travellers, while 30 per cent are business travellers,” he said.

Myhajiumroh’s Muslim tours in Taiwan boasts visits to several sites that would strike a chord with Muslim travellers for its Islamic elements. For instance, an all-inclusive 6D5N Taiwan Muslim tour priced at Rp12.8 million includes visits to popular destinations like Taipei Grand Mosque, the largest and most famous mosque that saw the arrivals of Chinese Muslims in Taiwan back in 1948.

Wirawan said that similar to China, Taiwan also has halal-certified restaurants. However, what makes Taiwan stand out from China and other Muslim-friendly countries is that hotels in Taiwan provide qibla direction, as well as Koran and prayer equipment, such as prayer rug, sarong, and mukena (head-to-toe prayer gown) to cater to the needs of Muslim travellers.

“They even give a guidebook (containing instructions on how to get) to mosques. I salute the Taiwanese government for seriously having a focus on developing halal tourism,” he said.

“Indonesian tourists can apply for a free group visa through designated travel agents,” she said. “In our office in Jakarta, we also have a free Mandarin lecture about tourism and life in Taiwan. In the first class, half of the participants were from travel agents and airline staff, while the other half were (non-industry) people.”