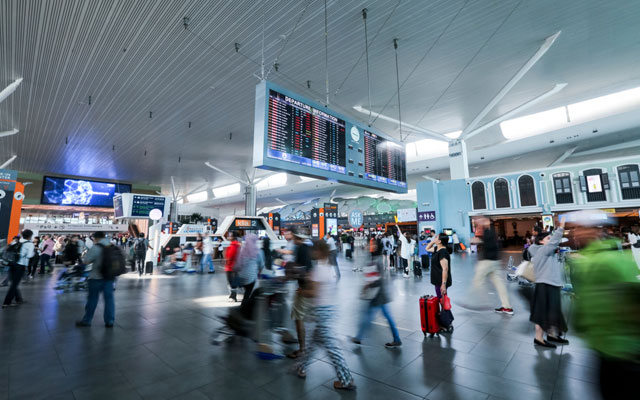 The Malaysian government will reduce the passenger service charge (PSC) for international flights from RM73 (US$17) to RM50 at all airports in Malaysia, except Kuala Lumpur International Airport (KLIA), from October 1.

Transport minister Anthony Loke said the move was meant to reduce the tax burden of travellers, in light of the departure tax introduced on September 1.

He added that the PSC rates for other sectors at all the airports will remain the same – RM35 for flights in South-east Asia and RM11 for domestic flights.

AirAsia’s group CEO Tony Fernandes called the government’s decision “a big win” for Malaysians and the country’s tourism industry, according to a report by The Star.

But Conrad Clifford, IATA’s regional vice president for Asia-Pacific, was quoted in the same report as saying that the government had created an uneven playing field for airlines, as well as cross-subsidisation of other airports or terminals by KLIA users.

“While the reduction in the PSC for destinations beyond ASEAN is positive for most travellers in Malaysia, we are disappointed the government has chosen to discriminate against the airlines and 28 million passengers using KLIA,” he said, adding that if the goal is to offset the departure levy introduced on September 1, a more straightforward solution would be to remove the departure levy altogether.

The Malaysian Association of Tour and Travel Agents (MATTA) refuted the IATA statement that airlines and passengers using KLIA were losing out to other Malaysian airports with lower PSC rates.

“There is no discrimination as airlines can choose to operate from any airport or terminal in line with their premium or budget service, and likewise, passengers get to enjoy the same options. It is only fair for airlines and passengers to pay more for using KLIA and lesser at klia2, which was designed and built as a LCC terminal, and even more so for other international airports in the country,” he added.

“The Transport Ministry ought to be congratulated for currently working on a framework to impose different rates for different airports according to their infrastructure. MATTA fully supports the decision to reduce PSC as facilities at these airports are of no match to KLIA standard, which is our premium airport”.