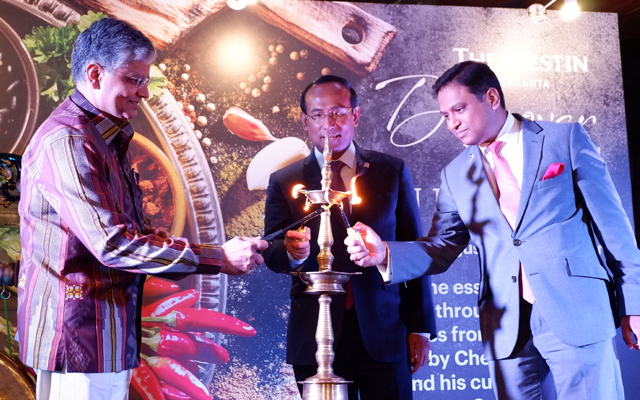 Indian travel experts are firming their grip on Indonesia, a market which is viewed as a fast-rising source of leisure and business arrivals on the back of visa-free entry and a soon-to-launch direct connection between the two countries.

Ambassador of India to Indonesia Shri Pradeep Rawat, who attended the Incredible India roadshow in Jakarta last week, said connectivity between India and Indonesia would be enhanced when a direct flight service connecting Delhi, Chennai and Bali launches on October 27, although he declined to name the carrier.

Economic advisor to Indian Ministry of Tourism Shri Gyan Bhushan, who spearheaded the Incredible India roadshows, hopes that the upcoming service would offset the imbalance in tourist traffic currently seen between the two countries.

Bhushan said he was “not impressed” with the Indonesian inbound numbers, as Indian arrivals to Indonesia is “10 times more”.

Meanwhile, the soon-to-launch flight is definitely music to the ears of agents in both countries, as the lack of direct connectivity has been singled out as a key challenge for Indian tour operators in attracting more Indonesians to the country.

“We saw an eight per cent increase (in the number of Sanyog Tours’ Indonesian customers) from last year,” he said, adding that his company had been penetrating the Indonesian market since 2008.

Sanyog is also eyeing business travellers from Indonesia, given that 60 per cent of his Indonesian clients visit India for business and 40 per cent for leisure.

“We will bring groups from oil and gas company Pertamina and Saudi Arabian Embassy to visit India early next year,” Mumin said, adding that both groups are expected to stay in India for at least a week.

That India is a strong contender for business travellers from Indonesia is not unnoticed.

Kumar said that Dharma Steps targets business rather than independent travellers because India boasts not only art and culture festivals, but its hotels and resorts are ideal MICE venues that can accommodate large groups.

While India has no lack of attractive destinations, its merit is often eclipsed by perceived images of its poor sanitation and hygiene issues.

“What we sell first is tourist attractions. We then promote the country. If we mention the word ‘India’ first, what comes to mind is a bad image,” Gumay said, adding that he was aware of India’s environmental issues.

Like Gumay, Kumar thinks that the gaps in awareness of India as a destination needs to be addressed. “A lack of communication is the problem. We need to step up promotional efforts to raise awareness about (India). If we do not tell people, they will not know what we offer and they will not be interested to go there.”