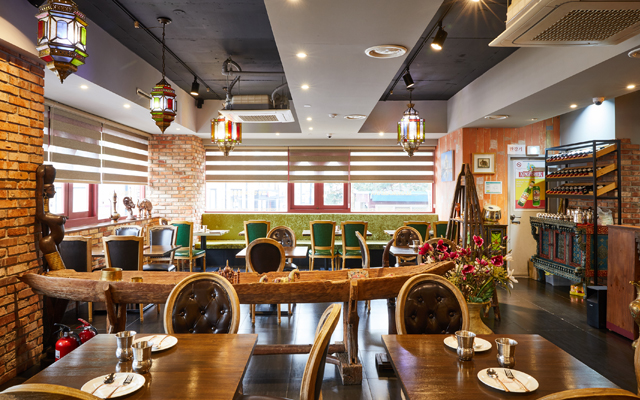 The annual event, which partners 150 Muslim-friendly restaurants to offer special discounts, is designed to promote South Korea to tap the rising important of the global Muslim tourism market.

The Halal Restaurant Week Korea promotion was initiated to mitigate the difficulties that Muslim tourists often face during mealtimes due to the lack of halal-friendly restaurants in South Korea, as well as improve the tourist infrastructure of the country to better serve the needs of Muslim tourists.

The promotion will provide Muslim tourists with information on halal offerings and discounts, and to combine the showcase the adaptability of Korean cuisine to halal requirements.

During this period, visitors to South Korea will have access to discounts and other benefits from KTO-designated Muslim-friendly restaurants and major tourist sites.

This year’s event will include 152 Muslim-friendly restaurants and 40 major tourist sites and experience programmes to allow a greater range of benefits as compared to last year’s event.

Visitors will also have access to the Halal Restaurant Week Korea coupon book through the KTO offices in major Muslim-tourist regions, namely, Singapore, Kuala Lumpur, Jakarta, Bangkok, New Delhi, Dubai, Istanbul and Almaty. The book includes discount coupons with values of KRW3,000 (US$2) and KRW10,000 which can be used at Muslim-friendly restaurants. It also contains coupons for key attractions and the experience programme. In addition, 54 Muslim-friendly restaurants will offer special set menus during the promotion period and coupon discounts up to KRW10,000.

KTO’s support project also includes the establishment of a mobile prayer room in Jeju’s “Tamnara Republic” for the convenience of Muslim travellers to perform their prayers. Additional prayer mats are also provided in prayer rooms located in major tourist sites and hotels. Moreover, KTO seeks to develop new tourist packages in K-Wave and other fields catering to Muslim tourists, in addition to premium packages like medical tourism to offer a diversified response to different demands from Muslim markets.

These combined efforts have led to South Korea’s growing reputation as a Muslim-friendly destination. In the 2019 Global Muslim Travel Index report, South Korea emerged the eight most attractive destination among Muslims in the world. The number of Muslim visitors to South Korea annually is expected to exceed the one million mark for the first time in 2019.

More event information, coupons and list of participating organisations for the Halal Restaurant Week Korea can be found here.