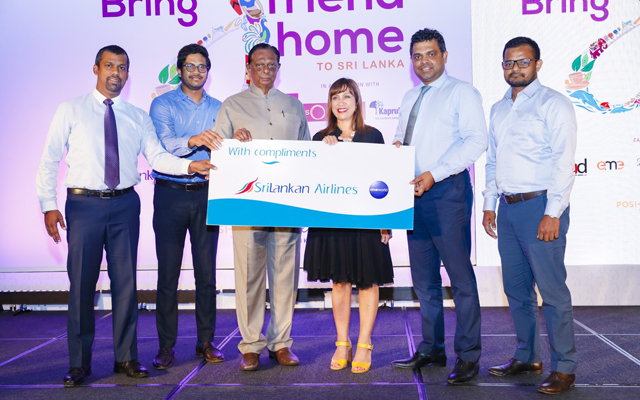 Applicants have to enter their name, email and contact number on www.bringafriendhome.com, and invite one or more friends living overseas via email, WhatsApp, Facebook or Twitter. Invitations can be sent from July 30, 2019 to December 15, 2019, for stays within the same period.

The invitee – any foreign passport holder or Sri Lankan expat – can accept the invitation by purchasing one or more packages listed on the campaign website at www.cinnamonboxoffice.com. The invitee must travel to Sri Lanka between August 1, 2019 and December 15, 2019, and register on the campaign website to enter the raffle draw, which will take place in January 2020. All travel and registrations should be completed by or before December 15, 2019.

There will also be monthly giveaways by Lovi Sarong and Siyath Gavin Photography with each company offering Rs99,000 worth of prizes, while the Wax Museum and Tiesh jewellery emporium, will offer Rs25,000 and Rs15,000 worth of giveaways respectively.

In addition, original applicants will also be eligible for a separate raffle draw. The first prize here for Sri Lankan referees is a choice between a one-year stay at a Cinnamon Life apartment or a seven-day stay for two individuals, valid at two Cinnamon’s properties for three consecutive years. Additionally, they will be gifted a voucher worth Rs499,999 from Colombo Jewellery Stores.

The campaign is aimed at expediting the tourism arrivals to the country by spreading the word that the country is safe to visit, and is part of Cinnamon’s contribution towards the recovery process of the tourism industry, the company said in a statement.