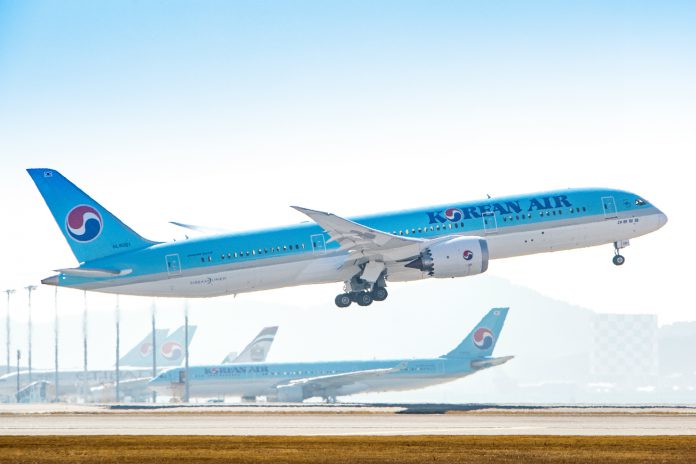 Meanwhile, the Hanoi-New Delhi route will operate three return flights per week (every Tuesday, Thursday, and Saturday) starting from December 7. Flights depart from Hanoi at 19.10 and arrive in New Delhi at 22.50. Return flights take off from New Delhi at 23.50 and land in Hanoi at 05.20.

Flying time for both flights is around five hours per leg.

The airline will continue to operate thrice-weekly direct flights on Mondays, Thursdays and Saturdays. The route will utilise a Airbus A320 aircraft, which can accommodate 180 passengers per service.

Anupama Pathirana, the airline’s COO and chief pilot further revealed that JC Airlines is currently operating between Phnom Penh and Mandalay via Macau, but are planning to launch direct flights at the end of this year. The airline also has plans to extend routes from Siem Reap to Yangon, as well as Mandalay.

Korean Air cuts frequency on Japan services
Due to decreasing demand of Japanese routes amid South Korea-Japan tensions, Korean Air has announced plans to adjust the frequency of some of its routes to the country, as well as increase the frequency of routes in South-east Asia, Oceania, and Chinese markets.

In the meantime, Korean Air plans to focus on other markets, such as South-east Asia, Oceania and China in the winter season.

To begin with, Korean Air will launch a new daily route to Clark, Philippines, starting from October 27. The airline will also add four more operations a week for Incheon-Chiang Mai/Bali, increasing the number of flights per week to 11. In Oceania, the frequency of the Incheon-Brisbane route will be increased from five to seven flights a week.

Korean Air is also planning to expand its network to China with the launch of new direct services. The airline plans to start direct flights from Incheon to Zhangjiajie and Hangzhou three times a week each, and Incheon-Nanjing four times a week. The service between Incheon and Beijing will be operated 17 times a week, up from the previous 14 a week.

United Airlines makes changes to its Japan schedule
United Airlines has announced that it will begin service between four of its US hubs and Tokyo’s Haneda Airport, as well as reduce services to Narita International Airport. With the start of these new routes, United will no longer serve Narita from its Chicago and Washington DC hubs, and will shift these flights from Narita to Haneda. The additional frequency is scheduled to operate every Thursday starting from October 31. This will bring the total number of flights to Takamatsu to five weekly.