Not content to be viewed as a sybaritic playground for holidaymakers from Europe, its traditional feeder market, Mauritius now wants to lure more Asian visitors with its rich fusion of culture, nature and history. 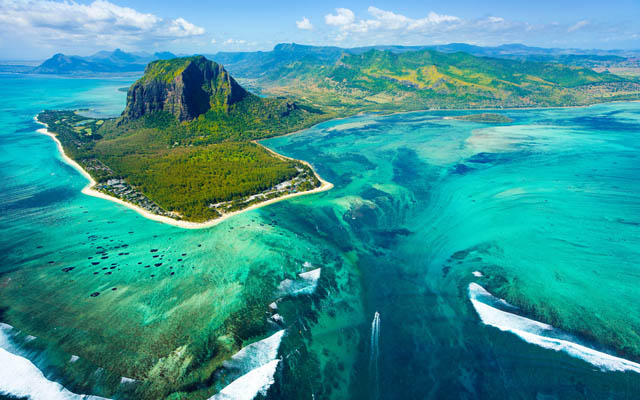 A tropical island off the east coast of Madagascar in the Indian Ocean, Mauritius is perhaps better known worldwide as a beach and honeymoon destination, but industry players want to show that the country offers cultural and natural riches beyond upmarket beaches.

Dubbed the gateway to Africa, the island nation of 2,040km2 is rich in scenic beauty with a dramatic coastline fringed by white-sand beaches and turquoise waters, alongside a whole bucket-list of activities both on land and in water to provide once-in-lifetime experiences to visitors.

Mauritius is also a melting pot of Asian, African and European influences, the result of centuries of immigration that created diverse traditions and a richly mixed cuisine on a previously uninhabited island barely five centuries ago.

Now, the country’s top tourism leaders and industry players are putting a stronger focus on attracting Asian travellers to its shores, expanding from its traditional core visitor markets of Europe and Africa.

Anil Kumarsingh Gayan, Mauritius’ minister of tourism, said: “We believe that Mauritius needs a share of the global tourism market. We want to promote Mauritius as a quality destination, and peg the country as a high-end destination.”

Asia’s superpowers India and China are key target markets for Mauritius, where historical and cultural ties to both countries run deep. “We share a natural affinity with India, while the Chinese in Mauritius date back some 200 years,” said Gayan.

About 70 per cent of the country’s population is descended from indentured Indian labourers taken there after the abolition of slavery during the 19th century. The small but sizeable Chinese community, meanwhile, were descendants of traders and artisans who migrated to Mauritius under French and British rule.

Arvind Bundhun, director of Mauritius Tourism Promotion Authority (MTPA), revealed that the NTO has also rolled out “big visibility campaigns” in both India and China to shore up destination awareness of Mauritius among travel operators and consumers alike, with OTAs and social media also making a key part of its marketing offensive.

In China, MTPA already has appointed marketing reps to focus on Shanghai – where Air Mauritius has a direct service to – and surrounding cities.

As well, Bundhun sees potential in “developing the golf market from Asia” for Mauritius, where the country’s ample greens are set against breathtaking Indian Ocean backdrops.

On the island, more local travel players are also tapping the potential of the up-and-rising Asian markets.

Pont Naturel Quad, which was established last year by industry veteran Sweety Moheeputh, the ATV tour company has made inroads into the Chinese leisure market, riding on the connectivity gains made with Air Mauritius’ connection to Shanghai, as well as seasonal charter flights from other parts of China.

However, in order to make Mauritius a much more attractive and top-of-mind destination for Asian travellers, Moheeputh would like the airfares and connections to Mauritius to improve.

MTPA’s Bundhun admits that “affordability and visibility” are key challenges for Mauritius, especially when it comes to marketing Mauritius to the Asian markets, amid intensifying competition from other resort destinations like the Maldives and the Seychelles.

Air Mauritius obviously has a vital role to play in the country’s ambitions of luring more Asian visitors, a point that CEO Somas Appavou is only too aware of as the carrier seeks to build better connectivity with major air hubs around the world.

One key effort was the Africa-Asia Air Corridor, which was launched in 2016 to position Mauritius as a cross-continent hub by developing air traffic through Singapore, reviving Mauritius’ ancient role as an Indian Ocean transit role in the skies, said the airline chief.

“Singapore is an island among people. Mauritius is an island surrounded by fish. The thing is if you’re a small gateway – and we want to be a gateway between Asia and Africa – you have to build connections with the hubs,” said Appavou.

This air corridor initiative, according to the tourism minister, has also helped to market Mauritius as part of the “Blue and Green Safari” joint campaign, which sees the island nation promoted as attractive tourism destinations alongside Kenya and South Africa.

Furthermore, the recent delivery of the first two Airbus A330-900neo planes to Air Mauritius in April this year – an “fuel-efficient aircraft model” which offers better cost per seat than predecessors A330 classic or A319 – could help the airline achieve greater competitiveness in a costly operating environment and step up service frequencies to China and elsewhere in Asia in the near future, Appavou shared.

He remarked that Air Mauritius was climbing in Chinese traffic three years back, but the ongoing Sino-US trade war as well as an eroding yuan has caused the destination to lose momentum in courting the Chinese market.