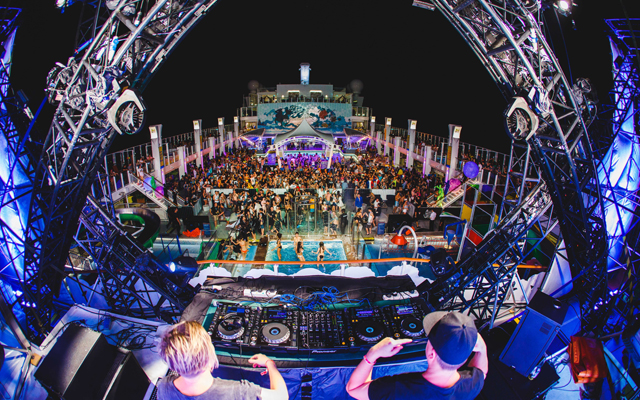 Asia’s largest festival at sea, It’s The Ship, has announced its full artist lineup for its 2019 edition, which will take place from November 13 to 15, onboard the Genting Dream.

This year’s lineup of artists include headliners Ben Nicky, Darren Styles, Nervo, Ookay, Quintino and What So Not.

The massive roster of other acts include heavy-hitters across the spectrum of genre, such as Sam Feldt, Dannic, Joe Flizzow, Alex MORPH, Kaku, Jordan Suckley, Kill The Buzz and DJ HYO of Girls’ Generation fame.Cruise

The newly-added Fyre Fan Club theme party with hip hop acts amping up the stage will feature Singapore’s own Fariz Jabba and Yung Raja, along with Malaysia’s Joe Flizzow. Urban fanatics can fuel up on the trap, hip-hop and bass with Malaysian DJs Jhin and NAHSYK along with a soon-to-be announced “special guest”.

Reservations for the 3D2N experience are now open, with the Early Duck 3 cabins still available until mid-August with savings of up to US$249 per person. Cabin prices are inclusive of complimentary dining at selected restaurants, selected non-alcoholic beverages and free access to most of the ship’s facilities and events.