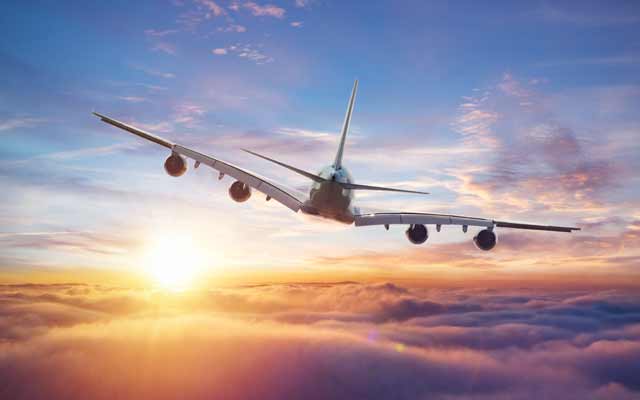 IATA has downgraded its 2019 outlook for the global air transport industry to a US$28 billion profit, from US$35.5 billion forecast in December 2018, in the face of rising fuel prices and a weakening of world trade.

The association also restated its 2018 net post-tax profits, estimated at US$30 billion.

“This year will be the 10th consecutive year in the black for the airline industry. But margins are being squeezed by rising costs right across the board – including labor, fuel and infrastructure. Stiff competition among airlines keeps yields from rising. Weakening of global trade is likely to continue as the US-China trade war intensifies,” said Alexandre de Juniac, IATA’s director general and CEO.

“Airlines will still turn a profit this year, but there is no easy money to be made.”

Moreover, the job of spreading financial resilience throughout the industry is only half complete with a major gap in profitability between the performance of airlines in North America, Europe and Asia-Pacific and the performance of those in Africa, Latin America and the Middle East.

“The good news is that airlines have broken the boom-and-bust cycle. A downturn in the trading environment no longer plunges the industry into a deep crisis. But under current circumstances, the great achievement of the industry – creating value for investors with normal levels of profitability is at risk,” said de Juniac.

Non-fuel unit costs are expected to rise to 39.5 cents per available tonne kilometre from 39.2 cents, because of higher labor, infrastructure and other costs.

Overall expenses are expected to rise 7.4% to US$822 billion.

Passenger demand
IATA expects passenger demand to strengthen with global GDP growth expected to remain relatively strong at 2.7%, albeit slower than in 2018 (3.1%). Governments and central banks have responded to slower economic growth with more supportive policies, which is providing an offset to trade weakness.

But economic growth and household incomes will still grow more slowly, so total passenger demand, measured in revenue passenger kilometres, is expected to grow by 5.0% (down from 7.4% in 2018). Airlines have responded to the slower growth environment by trimming capacity expansion to 4.7% (ASKs).

Risk factors
Downside risks are significant. Political instability and the potential for conflict never bodes well for air travel. Even more critical is the proliferation of protectionist measures and the escalation of trade wars.

As the US-China trade war intensifies, the immediate risks to an already beleaguered air cargo industry increase. And, while passenger traffic demand is holding up, the impact of worsening trade relations could spillover and dampen demand.

“Aviation needs borders that are open to people and to trade. Nobody wins from trade wars, protectionist policies or isolationist agendas. But everybody benefits from growing connectivity. A more inclusive globalisation must be the way forward,” said de Juniac.

Regional roundup
All regions are expecting a reduction in profitability with the exception of North America and Latin America.

North American carriers will deliver the strongest financial performance with a US$15 billion post tax profit (up from US$14.5 billion in 2018). That represents a net profit of US$14.77 per passenger, which is a marked improvement from just seven years earlier (US$2.3 in 2012). Net margins, forecast at 5.5%, are down from 2018 levels owing to higher than expected fuel costs and slowing growth. The limited downside in this region has been underpinned by consolidation, helping to sustain load factors (passenger + cargo) above 65%, and ancillaries, which limit the impact of higher fuel costs, keeping breakeven load factors to 59.5%.

European airlines will deliver a net profit of US$8.1 billion (down from US$9.4 billion in 2018). That represents a net profit per passenger of US$6.75 and a net margin of 3.7% – both are the second strongest industry results, but below what North American carriers earn. Breakeven load factors are the highest at 70.2%, caused by low yields due to the highly competitive open aviation area, high regulatory costs, and inefficient infrastructure. In 2019, for example, en-route air traffic management delays doubled to 19.1 million minutes. Europe also is one of the more exposed regions to weak international trade and this has damaged prospects this year.

Asia-Pacific airlines will deliver a net profit of US$6.0 billion (down from US$7.7 billion in 2018). That represents a net profit per passenger of US$3.51 and a net margin of 2.3%. The region is showing very diverse performance.

Middle Eastern airlines will deliver a combined net loss of US$1.1 billion (slightly worse than the US$1.0 billion loss in 2018). That equates to a US$5 loss per passenger and a negative net margin (-1.9%). The region has faced substantial challenges in recent years, both to the business environment and to business models. Airlines there are going through a process of adjustment and announced schedules point to a substantial slowdown in capacity growth in 2019. Performance is now improving but the worsening in the business environment is expected to prolong losses in 2019.

Latin American airlines will deliver a net profit of US$200 million. This reflects a moderate improvement from the US$500 million loss in 2018, as the recovery of the Brazilian economy is offsetting higher oil prices. With a US$0.50 profit per passenger, the region’s net margin is expected to be a thin 0.4%.

African airlines will deliver a US$100 million loss (unchanged from 2018), continuing a weak trend into its fourth year. Each passenger carried is expected to cost the carriers US$1.54, leading to a -1.0% net margin. Breakeven load factors are relatively low, as yields are a little higher than average and costs are lower. However, few airlines in the region are able to achieve adequate load factors, which averaged the lowest globally at 60.7% in 2018. Overall, industry performance is improving, but only slowly.