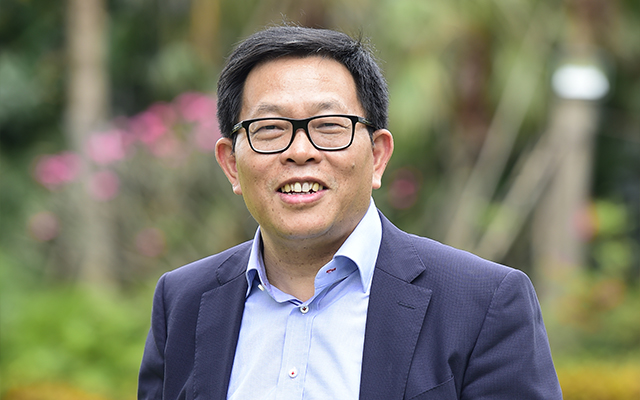 Destination development and acquisitions have been identified as two key strategies for Fosun Tourism Group, as the leisure and travel arm of the Shanghai-based investment conglomerate Fosun International keeps its eyes on catering to a new generation of Chinese travellers while pursuing growth worldwide.

Speaking at Skift Forum Asia in Singapore on Monday, Fosun Tourism Group chairman and CEO Qian Jiannong described Fosun’s joint venture with Thomas Cook in China as “very successful”, having acquired a minority stake in the British tour operator in 2015.

While speculation is rife of Fosun being a prospective buyer of Thomas Cook, Qian declined to comment further although he also did not deny the possibility. “I can only say our joint venture works very well,” he said.

Fresh from its IPO on the Hong Kong stock exchange in December 2018, just two years after its inception in 2016, Qian told TTG Asia that the group now wants to generate synergy from its resorts, destination development and tourism products business to create a “Fosun holiday ecosystem” for Chinese customers.

Joyview resorts are located in retreat destinations near major cities in China, targeting families and corporate travellers but offering an optional all-inclusive model to cater to Chinese market preferences, according to Qian. To date, six Club Med resorts including two Joyviews have opened in China, with another one slated to open in Beijing later this year.

“In China, people don’t have long holidays like in Europe or in other countries, so we want to develop products for short vacations near the larger cities,” Qian said.

Having tested destination development with the “successful” launch of Atlantis Sanya – a US$1.7 billion, 54ha integrated resort model with more than 1,300 rooms, 21 restaurants and a water park – Fosun is keen to introduce two themed properties in Lijiang, Yunnan; and Taicang, located between Shanghai and Suzhou.

These integrated resorts, according to Qian, is part of Fosun’s push to drive development in destinations that are already on the tourist circuit but still lack world-class attractions. “We don’t open totally new destinations but upgrade existing destinations.”

Outside of Asia where it sees 30 per cent of its revenue, Europe is another key market for Fosun, contributing to 40 per cent respectively of the group’s revenue.

The group is keen to seek opportunities in accommodating Chinese travellers in Europe, where key cities remain a major draw, and opening new resorts in the continent.