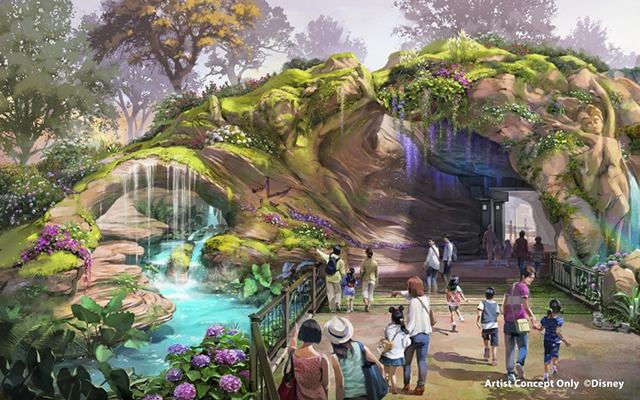 Oriental Land, the owner of Tokyo Disneyland and Tokyo DisneySea, has unveiled Fantasy Springs as the name of the eighth and newest Tokyo DisneySea themed area, with a largest-to-date investment of 250 billion yen (US$2.3 billion) in this project.

The port is being developed together with a new Disney hotel, and both are scheduled to open in the fiscal year 2022 (which ends March 31, 2023). These announcements are part of a large-scale expansion that the Tokyo DisneySea Park is currently undergoing.

In addition, overlooking Fantasy Springs and situated inside Tokyo DisneySea will be a Disney hotel that offers deluxe and luxury accommodations.

The four attractions, three restaurants and one shop in Fantasy Springs, as well as the new Disney hotel, have all been newly developed exclusively for this expansion.

Tokyo DisneySea is currently also gearing up for the launch of their newest attraction, Soaring Fantastic Flight, scheduled to launch on July 23, 2019.

Earlier in December 2018, Oriental Land unveiled plans to build a Toy Story-themed hotel and a new Beauty and the Beast attraction in the park.