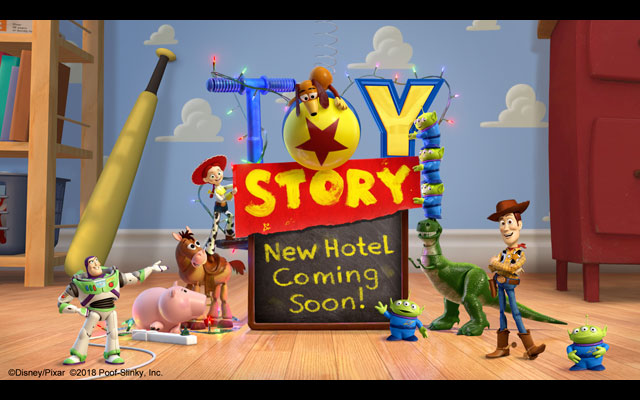 Oriental Land, the company that owns the rights to Tokyo Disney Resort, has unveiled plans to build a Toy Story-themed hotel and a new Beauty and the Beast attraction in the park.

Themed on the Disney/Pixar Toy Story franchise, the entire hotel, from the garden to the building’s exterior, will immerse guests in a world belonging to characters such as Woody and Buzz Lightyear. According to a report by The Japan Times, a new Beauty and the Beast attraction is currently under construction in Tokyo Disney Resort. Slated for a spring 2020 opening, the 4.7ha new area will be the beast’s castle with towers rising up to 33m high, while the interior will feature bowl-shaped rides that move to the music from the movie.

In addition, an indoor theatre and a riding attraction based on the Baymax animation are also under construction.

The company is expected to invest some 75 billion yen in the development project, the largest sum it has spent since opening the Disneyland park in 1983.