Connectivity enhancements open up extended itineraries to more destinations beyond the territory, which could be just what agents need to grow longhaul business 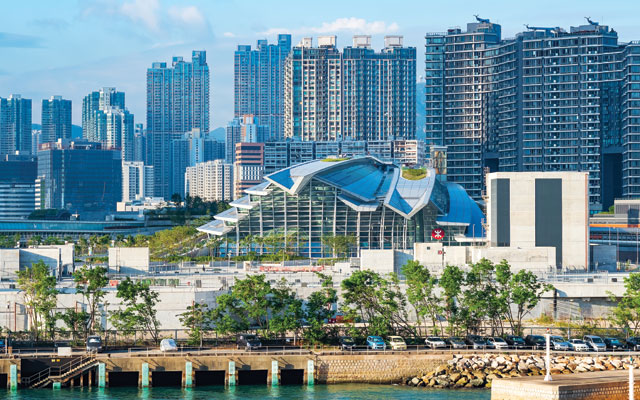 Since the opening of the Hongkong-Zhuhai-Macau Bridge (HZMB) and the Hong Kong section of the Guangzhou-Shenzhen-Hong Kong High Speed Rail (HSR), the Hong Kong Tourism Board (HKTB) has been encouraging the travel trade to develop more tourism products featuring the Greater Bay Area.

A spokesperson from HKTB said: “Longhaul visitors to Hong Kong usually prefer multi-destination travel. According to the latest statistics, nearly 80 per cent of overnight visitors from Europe including Germany adopt multi-destination itineraries.

“The enhanced connections between Hong Kong and the mainland (brought about by the) new infrastructure will greatly enhance the city’s appeal to visitors from Europe, who are able to bundle Hong Kong with neighbouring mainland cities in their travel plans.”

At Four Seasons Hong Kong, regional director of marketing, Irene Tan, said: “Of the new infrastructure projects, the development of the cruise terminals and promotion of routes beginning and ending in Hong Kong have had the most noticeable benefit to date.”

Cruising demand is “definitely coming in” from Germany and other European markets, and hospitality players in Hong Kong could potentially benefit as couples opt to spend several days in the city pre- or post-cruise, she pointed out.

Moreover, while leisure travellers from Europe are still most interested in exploring the popular tourist cities in northern and central China – most accessible by plane – rail travel is expected to rise as an attractive alternative for those looking to explore China beyond the standard tourist routes, she remarked.

At Gray Line Tours, managing director Michael Wu is also optimistic that the new developments could stimulate the German-speaking markets, which he said have yet to return to their heyday since peaking a decade ago.

“The rail/road/cruise concept driven by the new infrastructural developments really give us new opportunities as well as a ‘twist’ to our tour products, especially to the Greater Bay Area. We can create multi-destination packages to woo Europeans. This not only strengthens the city’s role as a gateway to China but also helps us to get clients to stay longer.

“Trips starting and ending in Hong Kong offer new opportunities to take them to Foshan for handicrafts, Zhuhai for beaches and Guangzhou for culture. The loop covering Zhongshan, Zhuhai and Guangzhou sounds interesting. Europeans are interested in visiting more cities, and it’s easy to arrange a stopover of 10 days,” said Wu.

For Wu, the only stumbling block for now is that “there is no 144-hour transit visa access facilities at the HZMB and HSR stations in Hong Kong”. To get around this, the agency reminds travellers to apply for visas beforehand.

While infrastructural developments have created new opportunities to sell to longhaul markets, members of the trade point out that the benefits would take time to materialise.
HS Travel’s executive director Hazen Tang, for example, hasn’t seen any surge of demand from European markets.

He said: “It takes time for the market to digest new developments and products. However, I believe (they will be won over) in the long run as multi-destination (travel) is the direction to go.”

Meanwhile, ATI Travel’s managing director Richard Woss has not seen benefits on his business so far from the bridge, unless considering departures from Tuen Mun in north-west Hong Kong’s New Territories.

“It’s not time saving if I leave from downtown. I may take three hours to reach Macau if I count in transport to airport direction, queueing for shuttle and immigration, etc, unless one would like to experience the ride and beauty of the bridge. For the high-speed rail, there are some glitches like large-size luggage but it really shortens travelling time to China.”