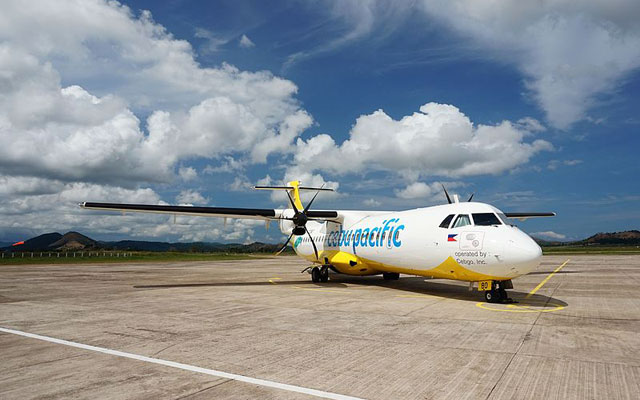 The route will be operated by subsidiary Cebgo using its fleet of brand-new ATR aircraft on Mondays, Wednesdays and Saturdays. The hour-long flight will shorten the travelling time from Manila to Marinduque by seven hours; the original trip takes eight hours by ferry and land transport.

Garuda spreads wings to Nagoya
Garuda Indonesia will soon launch a four-times weekly service between Jakarta and Nagoya on March 23.

Available on Tuesdays, Fridays, Saturdays and Sundays, the route will be operated with an Airbus A330 aircraft that offers 36 business class and 186 economy class seats.

The first is between Haikou, capital of Hainan Province, and Osaka. The route will utilise a Boeing 737-800 aircraft and operate thrice-weekly on Tuesdays, Thursdays and Saturdays.

On March 24, Hainan Airlines will also launch a weekly flight between Guiyang and Paris.

This is the airline’s fourth non-stop route from mainland China to Paris following Xi’an-Paris, Chongqing-Paris and Shenzhen-Paris.

Under the initial phase of this partnership, Como Shambhala will introduce its wellness cuisine on selected SIA flights in 2H2019.

These dishes will feature seasonal ingredients sourced sustainably. A new wellness menu featuring specially curated dishes will then be introduced across all classes, and co-developed dishes will progressively be made available in SIA’s Book the Cook service.

Through the deal, Amadeus’ Altéa Passenger Service System (PSS) will continue to provide Lufthansa, Austrian Airlines, Brussels Airlines and Swiss International Air Lines with their IT systems for reservation, inventory and departure control. In addition, the Lufthansa Group and Amadeus are also expanding their partnership to add further areas of collaboration. Areas in which Amadeus technology is supporting the Lufthansa Group range from operations, and merchandising & shopping to disruptions management.