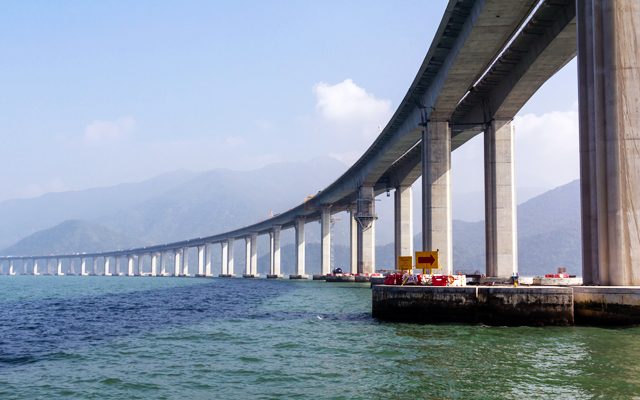 With mainland Chinese arrivals into Hong Kong spiking since the inauguration of the Hongkong-Zhuhai-Macao Bridge (HZMB) in October 2018, the ability of service providers and tourism stakeholders to respond to the growth is being put to the test.

Last November, visitors from the mainland surged 25.8 per cent to reach 4.6 million.

Travel Industry Council (TIC), executive director, Alice Chan said: “The number of inbound tours registered with the TIC from January to October 2018 dropped 10 per cent when compared with the same period in 2017. However, the number for October and November surged 18 per cent and 25 per cent respectively.

“We believe the increase in October and November was mainly brought about by the HZMB opening.”

While the new bridge has enhanced connectivity to mainland China and made Hong Kong a bigger draw for foreign visitors, this has introduced strain to the city – for example, the hordes of mainland tourist groups that flooded Tung Chung on Lantau Island caused disturbance to the local community.

“There is no more congestion in Tung Chung area since early December. However, since most groups would go to Kowloon City District for meals, shopping and night cruises, there were lots of complaints from the local residents about congestion in that area.

“The challenge for the trade is to find ways to divert some of the groups to other parts of Hong Kong to alleviate the impact on the local residents,” Chan remarked.

And while the bridge has introduced new itinerary possibilities for tour groups, there are still logistical issues to be ironed out before these can materialise.

One of these difficulties is the lack of charter bus service between Hong Kong and Macau.

For small groups, Holiday World Tour books individual seats on One Bus Hong Kong Macau, which runs 19 round trips daily for the public from Kwun Tong to The Parisian of Cotai, the agency’s managing director Paul Leung told TTG Asia.

He added: “At this stage, there is no chartered coach buses and demand for border-crossing bus tickets is high. Thus, we avoid booking seats on weekends or particularly Sundays. We are in talks with One Bus to open up alternative pick-up points in downtown Hong Kong.”

Although shuttle service by Golden Bus is available at the border crossing, Leung said that is not a viable option to “not risk our clients having to queue with the public”.

He further expressed hopes for the government to create more transportation options in the near future.

W Travel’s managing director, Wing Wong, remarked that until chartered coach services are made available, clients’ requests to use the bridge to connect from point to point will remain unfulfilled.

“Even if you manage to find (a charter service), it’s to Zhuhai and (comes at a high price), at about HK$7,000 for round trip. We can also create a new tour route combining Zhuhai and Macau, but the would be higher than taking a ferry.”

Overall, chairman of the Ocean Park Corporation board, Leo Kung Lin-cheng, contended in the first International Tourism Convention Hong Kong last month: “The city has a lot of tourist arrivals already. If we want to double and triple (arrivals), we have to have capacity. In order to handle additional arrivals, capital investment has to be added as well as infrastructural facilities like hotels and roads. In fact, infrastructural facilities take time to build so we should research and plan ahead.”