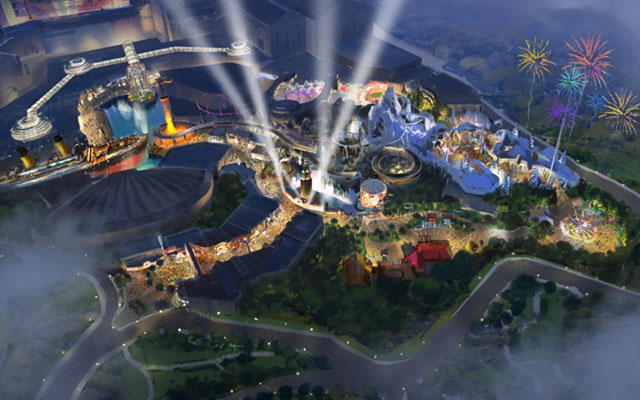 The recent move by casino operator Genting Malaysia to sue Twenty-First Century Fox and its soon-to-be owner Walt Disney for more than US$1 billion is not seen as a setback for the country’s tourism, say inbound travel agents.

Genting Malaysia in November 2018 accused the two of terminating a contract related to the construction of the first Fox-branded theme park in Genting Highlands.

Last month, Genting Malaysia’s chairman and CEO Lim Kok Thay told Singapore’s Business Times that the theme park “remains very much part of our plans”, while describing the theme park as “only a small part” of expansion plans for Resorts World Genting.

The opening of the branded theme park, originally scheduled for 2016, had been delayed numerous times. This led some inbound agents such as Azizi Borhan, managing director, Asutra Convex, to not promote the attraction even before news of the theme park potentially not materialising.

World Avenues’ executive director, Ally Bhoonee echoed similar sentiments: “We never promoted the Twentieth Century Fox World theme park because we didn’t want to take a risk. There were delays and no clear indication of when it would open. Our overseas agents have also not asked about it.”

He further remarked that the country has “plenty of other theme parks” that agents can include in itineraries.

Moreover, agents emphasise that theme parks are just one component of more extensive itineraries in Malaysia.

In Azizi’s experience, tourists typically spend just half a day in a theme park, with the rest of the itinerary packed with other activities such as shopping and sightseeing.

Ally added: “Even without a branded theme park, Resorts World Genting will still have its destination appeal. People go there for a change of weather, and the shopping, food and entertainment experiences.”

On the other hand, Raaj Navaratnaa, general manager, New Asia Holiday Tours & Travel, opined: “(Losing the theme park) will affect (potential) arrivals from Asian markets to some degree as there is no new international attraction of that class in Malaysia. We have to find other ways to attract weekend holidaymakers to Malaysia.”

For example, he shared that the company has developed edu-tourism packages to attract students from regional markets such as Vietnam and Thailand to take up short language courses in Malaysia, in addition to being the groundhandler for the Kabaddi World Cup from April 2 – 15.

Uzaidi Udanis, president, Malaysian Inbound Tourism Association, agreed that the theme park would have had a positive impact on arrivals. However, he stressed: “We cannot depend solely on a single product or be over-reliant on man-made theme parks. We need to create ‘natural theme parks’ in the forests, mountains and rivers.

“We are planning to have an inbound tourism boot camp in Langkawi from January 15 to 17 followed by one in Lahad Datu, Sabah in February. Through these camps, we intend to gather the inbound players together to identify new products that we can promote to overseas markets. We need to leverage our strength in culture and ecotourism and come out with more packages to attract international markets. This is our long-term strategy.”