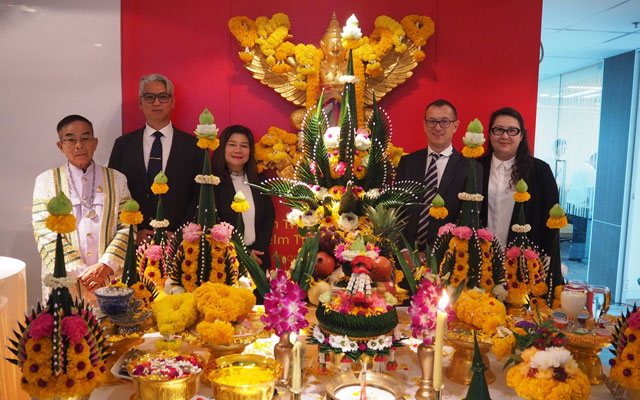 As part of the relocation of its Bangkok headquarters this month, Diethelm Travel Group moved its golden royal Garuda image to its new home in a special ceremony.

On November 21, a grand procession was held to move the statue from the group’s previous office just north of Lumpini Park to the new location on Silom Road.

In line with tradition, the ceremony was led by a Hindu priest, or Brahman, who first made way to the new offices by convoy. The convoy included a police escort, royal escort and the Garuda image enclosed safely within a vehicle followed by the company’s management team.

Upon arrival at the new office, the entire Diethelm Travel Thailand team took part in a blessing ceremony as the Garuda was displayed in its new home.

The Garuda image represents the prestigious royal warrant of appointment from the Thai monarchy. Diethelm is one of the few foreign travel companies within Thailand that has obtained the accolade, bestowed by the late King Rama IX.