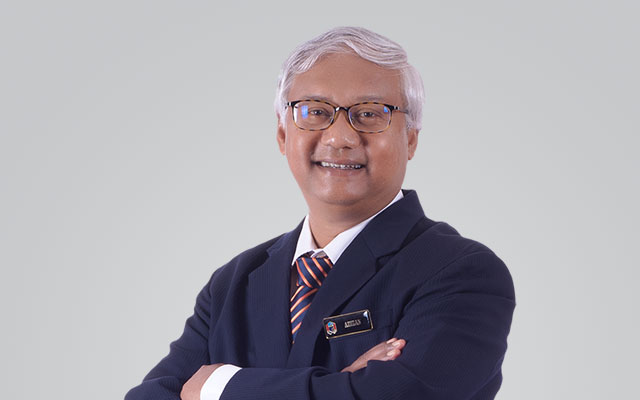 Azizan Noordin will step down as CEO of Langkawi Development Authority (LADA) on November 30, with industry members of the opinion that the Malaysian tourism veteran is ending his tenure on a high note.

With his replacement yet to be named, deputy CEO Asri Redha Abdul Rahman will helm the organisation in the interim.

Azizan may only have been in active service for 24 months, but he has made a significant impact on the island’s inbound tourism, which some attribute partly to his time at Tourism Malaysia, where he served for over 38 years before retiring in 2016 as deputy director-general (promotion).

Adam Kamal, secretary-general at Malaysian Inbound Tourism Association, said: “Azizan has done a wonderful job. One of the first things he did when he came into office was to draw up a calendar of events which has generally helped all inbound agents to plan their marketing campaigns so that it coincides with these events.

“He also had big ideas on developing Langkawi’s appeal and he worked tirelessly to attract more foreign airlines and charters to fly to Langkawi.”

Eric R Sinnaya, managing director, Morahols Travel and also the executive council member of Malaysia Tourism Council, said: “Azizan has brought a lot of positive changes to Langkawi. He has a tourism-related mindset and he knew what holiday makers wanted and that creating sporting and musical events in Langkawi will attract more tourists and millennials. He also had the respect and support from the private sector. In turn, he listened to their issues and found amicable solutions.”

Under his leadership and guidance, LADA organised 33 tourism events in 2017 and 2018 respectively. Some of these events become part of the annual tourism calendar for Langkawi, including the Royal Langkawi Classic Car Show, The Royal Langkawi Superbike Show and Langkawi Island Blues & Roots Aseana.

Ironman Malaysia, held in Langkawi earlier this month, attracted 2,400 participants from 70 countries. Azizan said that counting coaches, family and friends of participants, the destination welcomed around 7,000 visitors on the island for the event.

Moreover, Azizan and his team at LADA co-organised this year’s PATA Travel Mart (PTM) with Tourism Malaysia, a first for the state of Kedah.

Speaking to TTG Asia, Azizan said he is very proud of the execution of PTM and its role in raising awareness of Langkawi as an island destination for tourism at an international level.

Organising the show was done on a tight budget and required the co-operation with the private sector and the Langkawi Tourism Association.

He elaborated: “PTM has attracted quality buyers and we are seeing new agents from Australia, New Zealand, the UK and Germany who are now selling Langkawi. We are also seeing increased visitors from China, Saudi Arabia and India.”

He is also instrumental in promoting Langkawi as the gateway to the northern mainland states of Perlis and Kedah.

As well, in his time at LADA, he has worked to improve air connectivity and was able to attract charter flights from China, some of which became scheduled flights.

He added that Qatar Airways has shown interest and that soon, there will be direct flights between Langkawi and India.

Azizan said he will continue to serve as vice chairman of PATA until mid 2019 and wishes to continue to be active in the tourism industry. He further shared that he is hoping to be attached to a local travel-related agency and PATA member so he can continue as vice president at PATA into the next term.