In an era of ubiquitous entertainment at our finger tips, how are theme parks around Asia attracting millennials and post-millennials? TTG Asia reporters find out 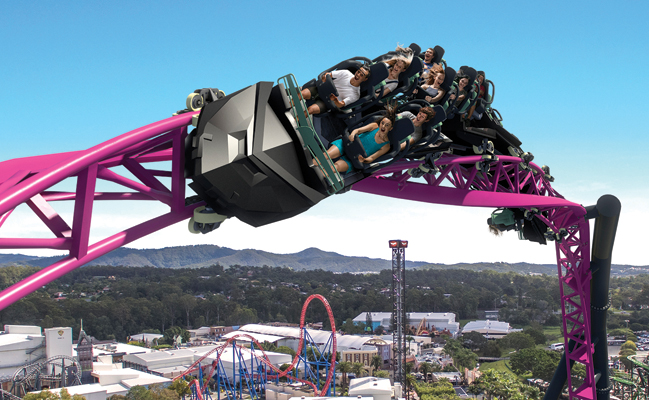 Singapore
No longer content with just thrilling hardware, parkgoers are being wooed by value-added events in Singapore’s theme parks, with Halloween being the most notable season in the calendar.

Capitalising on this, Universal Studios Singapore (USS) is pulling in crowds with this year’s eighth edition of the marquee Halloween Horror Nights, which features its first intellectual property haunted house in collaboration with Netflix’s Stranger Things.

Having such international content helps the event attract more global and regional visitors, explained Markham Gannon, assistant director, creative, Resorts World Sentosa (RWS), operator of USS. He also described the collaboration as a way of reaching out to “a new breed” of younger audiences who now visit the event without their parents.

For this event, RWS has extended its marketing efforts in the region to include social media engagements, collaborations with travel partners and digital marketing channels to target digitally engaged young adults. Key markets other than Singapore include China, Indonesia, Malaysia, Thailand and the Philippines.

Beyond Halloween, USS has also rolled out other themed events based on popular movies, such as TrollsTopia and Jurassic World: Explore & Roar.

Wild Wild Wet (WWW), the water theme park in NTUC Downtown East, also held Cosfest WaterWorld in July this year. A first for Singapore, the cosplaying event in a water park featured a parade of international celebrity cosplayers floating along the river in costume.

Ronnie Tan, general manager, Downtown East, observed: “New high-thrill rides like Free Fall and Kraken Racers have quickly become a favourite of the younger crowd, while families with kids enjoy a miniature version of the thrill rides at Kidz Zone.

“We are also expanding our capability to host night events, ranging from launch events to movie screening on floats at the tsunami pool.” – Pamela Chow

While it has long been firmly associated with family-friendly day-time fun, Ocean Park now organises weekend evening events that fit easily into the social calendars of millennials and Gen Z, and hosted the Drink’N Music Fest in March 2018.

Marketing director, Rose Yeung said: “By directly tapping into the interests of young people – music and food – and giving them interesting content, we redefined what they (would typically) expect from the Park. Drink’N Music Fest is the first local music event that provides such a wide variety of quality beers and gourmet food for the audience.

“Young people are a key segment for the park, with social a big part of our engagement strategy. Content wise, collaboration with key opinion leaders and influencers has proven to be highly effective in taking the Ocean Park experience to young people in all our strategic markets.”

Travel trade sales, director, James Tung, said: “More Marvel attractions have been lined up in HKDL’s ongoing park expansion. An attraction themed after Ant-Man and The Wasp is slated for 2019, with the Marvel themed area expanded… Other than Marvel, we will also leverage the stories and characters of Disney·Pixar, which is another popular franchise among the millennials.”

HKDL also constantly refreshes its seasonal and festive programmes. This Halloween, it will recreate scenes of The Nightmare Before Christmas in a walk-through Halloween Town, while Jack Skellington and Disney villains will invite guests to join them in their wicked antics.

Tung added: “The resort kicked off a multi-year expansion and development plan last October with at least one new attraction or entertainment offering to be launched almost every year from 2018 to 2023. This is expected to continue to enhance the appeal of the resort to its diverse markets in Asia.” – Prudence Lui

Malaysia
Sunway Theme Parks, one of Malaysia’s most established theme park operators, wants to breed loyalty in a fresh generation of parkgoers by reaching out to them in new ways, while keeping alive the timeless spirit of purveying family-friendly fun.

Senior general manager, Calvin Ho, said: “We stay in touch with the millennials and post-millennials and engage them through contests and promotions on our Facebook page and Instagram posts.”

For students, Sunway Theme Parks organises educational programmes, such as those focused on wildlife at both its parks, and some that delve into the Perak’s tin mining history at the Lost World of Tambun.

“It is our hope that student segment of today will remain loyal to us as they progress in life and bring their children and grandchildren to be entertained in the future. We have built such loyalty at Sunway Lagoon, with guests who have been visiting us when they were in their teens and in their 20s, and now visit with their children or grandchildren,” said Ho.

Some fun events at the park include Aqua Run 2, an annual fun run held in Sunway Lagoon that commenced in 2017. Through the 3.5 km run, participants will go through obstacles that involve climbing, sliding, crawling and running.

“Our year-end parties at both theme parks are memorable events with great fireworks displays and DJs,” he added.

One highlight is the Shipwreck Reef, with an adventurous water coaster and flume ride that reaches up to 30m high with a series of loops, dips and spins, Philip Whittaker, chief commercial officer and CEO, Integrated Theme Parks & Attractions, shared.

Apart from the usual waterpark hits like slides and the lazy river, there are also added features such as a swim-up bar, cabanas and F&B facilities, Whittaker said.

“We are also planning a series of school holiday activities, surfing demonstrations, events and entertainment to give visitors fresh reasons to continue to experience the park,” he added. – S Puvaneswary

Japan
With the millennial generation having no lack of entertainment and amusement literally at their fingertips, Japanese theme park operators say they need to deliver a steady supply of new events and attractions, as well as fresh engagement strategies, to keep this segment satiated.

The Universal Spectacle night parade was launched on May 17, followed by the Freeze Ray Slider and Playing With Curious George, both of which opened on June 30.

To reach those segments, USJ has identified a new trend in consumer behaviour that it has named “toki-shohi” – which literally translates to “moment consumption”.

“A lot of people nowadays spend money on having a ‘special moment’ that they can enjoy with others, so we are turning out park into a place where guest can create that ‘moment’ and share it with their friends,” said Maruyama.

Meanwhile, millennials account for about 15 per cent of all visitors to Huis Ten Bosch, the Dutch-themed park outside Nagasaki in Kyushu and the third most visited park in Japan. This segment peaks between September and February, when it is popular among students on graduation trips, said Kotaro Takada, corporate officer for the park.

“We have found that millennials really want to take advantage of the photogenic spots that are throughout the park, such as flower events and the umbrellas street,” he said, adding that information on these locations is passed on via millennial-friendly SMS and social media.

Tying in with that, the park has high hopes for its Water Magic illuminated fountain show, which will start in late October and mesh with the Kingdom of Lights attraction – the largest illumination attraction in the world.

“We take social media and social networking sites very seriously in promoting the park and encourage our guests to share their images by offering them gifts,” he said. “That in turn spreads the news about our attractions to more potential customers.”

Meanwhile, Megumi Ueda, general manager of Ayabex, observed: “We get regular requests from customers to visit Tokyo Disneyland or USJ, but we have recently noticed an increase in requests for tickets to the Studio Ghibli museum in Tokyo.

“These places are famous among (visitors) to Japan and, in most cases, they do not have the same sort of theme parks in their home countries. That is what makes them popular.” – Julian Ryall

Australia
Australia’s major theme parks are updating their attractions with innovative technology and working to strike the right balance to provide a holistic experience for park visitors.

While new technologies are not as quickly or widely installed as its American counterparts, parks like Dreamworld and Warner Bros Movie World are introducing VR and projection mapping into their rides, with Dreamworld launching  the i-Ride flying simulator for the first time in the Southern Hemisphere by end-2018.

Partnering with leading simulation company, Brogent Technologies, Dreamworld’s flying theatre will suspend up to 40 riders in 10-seat gondolas over a hemispherical screen while they heave, sway, surge and roll through an immersive journey of the Australian landscape, and experience special effects such as wind, mist and scents as they soar mid-air.

“Not unlike most current retail operators, we continue to challenge, balance and juggle both physical and  digital environments for our guests,” says Paul Callander, Dreamworld’s COO.

“Theme parks need to embrace and evolve with new technology, without taking away from traditional experiences such as our rides, shows and attractions, which provide an emotive connection for our guests,” he continued.

Movie World has launched the Southern Hemisphere’s first VR coaster experience on its Arkham Asylum Coaster, which transforms the ride into a 360-degree experience with the technology syncing the physical movements of the popular coaster with the visual to take guests on a multidimensional journey at speeds of up to 85kmh and pulling 4.2Gs.

“We need to look outside of the trends and innovations within the industry and identify what guests are experiencing outside of the theme parks. This is something we have executed with our restaurant offerings at Movie World,” said Yong. – Adelaine Ng