The real Singapore scores big time from its reel depiction in the movie Crazy Rich Asians,  spurring travel players to exalt the richness of the city’s experiences through new tours  and promotion efforts. By Pamela Chow 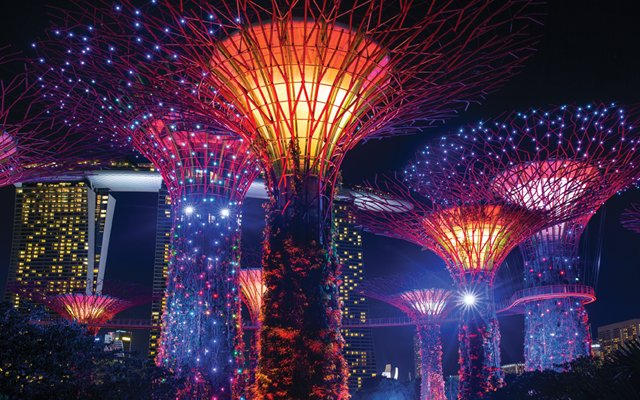 The movie Crazy Rich Asians has been lauded as a win for Asian and Asian-American representation in Hollywood, but it’s clearly a coup for Singapore, where a large part of the blockbuster hit was filmed.

Adapted from the satirical novel by Singaporean-American author Kevin Kwan about the upper echelons of Singapore’s wealthy classes, the movie features an all-Asian cast and portrays scenes in Singapore’s luxurious spaces as well as local neighbourhoods.

Add to this the international limelight that the country was thrust into earlier this year when it was picked to host the high-profile Trump-Kim summit in June, 2018 has been one massive publicity bonanza for Singapore.

It’s no wonder that the Singapore Tourism Board (STB) has been eager to tap the branding opportunities arising from the country’s claim to fame in recent months.

“(It) is not just about the opulence and luxury showcased in the film, but Singapore’s actual richness in terms of our diversity, as well as the depth and breadth of experiences for both locals and visitors,” Pang added.

This promotional blitz for Singapore has encouraged tourism players to capitalise on the mounting awareness of the city-state.

“Singapore looks so attractive and sexy in the movie. We wanted to give the audience the experience of being a crazy-rich Asian for one evening,” shared Wok ‘n’ Stroll founder and CEO Karni Tomer.

Arron Lim, founder of The Inside Access, remarked that Singapore’s exposure on the big screen will spark “a surge in travellers” curious about the city’s offerings, which can open up opportunities for other attractions such as urban architecture and dining.

Mathieu Musnier, general manager of La Maison du Whisky, added: “Singapore has long been a hub for cultural events in the region. The success of this movie will for sure entice a broader audience to come to Singapore and experience the best the island has to offer in terms of F&B and events.”

To maximise the destination’s appeal during the movie’s box office run, STB worked with Warner Bros and other partners to roll out marketing initiatives in the US, Australia, Japan and South-east Asia.

These included private movie screenings and contests, as well as a Crazy Rich Singapore Week in the US. Pang shared that STB has partnered with travel company Travelzoo to further promote Singapore through targeted web content and Indus Travel’s tour package.

STB’s investment in the longhaul market is complemented by a growing list of direct US flights. These include Singapore Airlines’ non-stop daily Singapore-Los Angeles route starting in November, its increase in frequency of Singapore-San Francisco flights from November 28, and its relaunch of Singapore-New York this month.

“We will continue to build on these to position Sentosa as a ‘must-visit’ destination (in Singapore).”