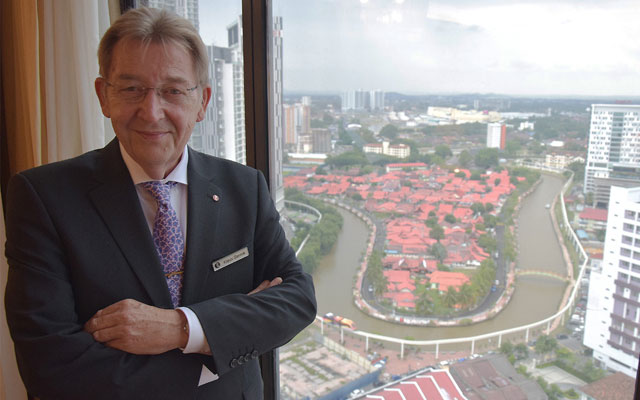 Klaus Sennik has been appointed general manager of Ramada Plaza by Wyndham Melaka.

The seasoned hotelier has a wealth of experience in a broad range of international hospitality markets including Thailand, Hong Kong, Dubai, Kenya, Germany, Indonesia and Afghanistan. He was last general manager at the Ramada Plaza Bangkok Menam Riverside.

Sennik began his hospitality career as a chef, working in a number of well-known establishments before transferring to the Intercontinental Hotel Kabul, Afghanistan in March 1979. His later roles include that of director of F&B at the Hotel Nikko, Kuala Lumpur from 1995 to 1998.