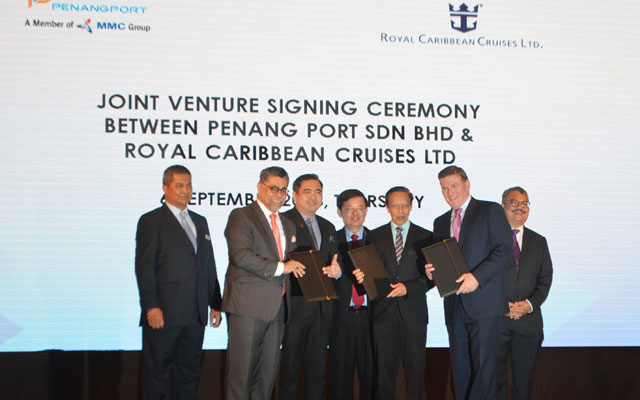 The two parties had previously signed a Heads of Agreement in March 2017.

In the redevelopment plans for Penang’s Swettenham Pier Cruise Terminal (SPCT), the existing 400m-long berth will be extended by 220m with an additional 118m-long dolphin.

With the current expansion plan, SPCT will be able to handle two mega-sized cruise ships simultaneously on the outer berths along with one small- and one-medium sized ships on the inner berths by end-2019. The expansion will enable RCL’s Oasis-class ships, the largest in the world, to berth at the terminal.

Sasedharan Vasudevan, PPSB’s CEO, said in a statement: “Detailed design and site investigations are already midway, with construction to begin before the end of 2018. The expansion will see a significant increase in international transit calls at Swettenham Pier Cruise Terminal along with an increase in appeal for the homeport segment in Penang.

“With the state government’s full support in managing tourism activities,
logistics and transport staging around the terminal, we are confident in strong
future growth of the cruise industry in Penang.”