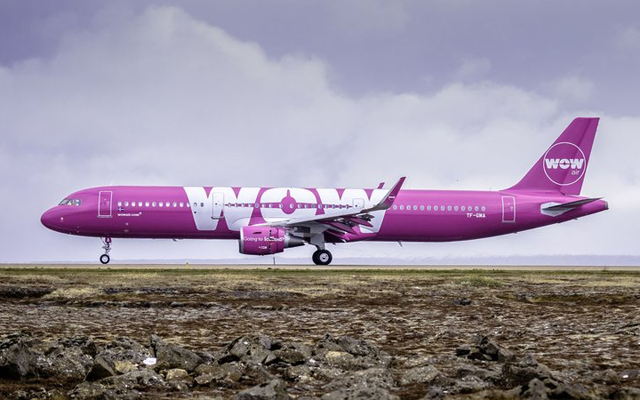 Wow air to connect US with New Delhi
Icelandic LCC Wow air will commence flights from the US to Indira Gandhi International Airport (DEL) in New Delhi via Iceland beginning December 5, 2018.

The Icelandic LCC will use brand new Airbus A330neo aircraft on the Delhi route, which are outfitted with Wow premium seats offering at least 37 inches of legroom.

Operated with a Boeing 787 Dreamliner, flights take off from Shenzhen Bao’an International Airport on Mondays and Fridays at 01.20 and land at Zurich Airport at 07.55. On the return sector, flights depart Zurich at 11.40 and arrives back in Shenzhen at 05.00 the following day.

Cebu Pacific beefs up Clark hub with new routes
Starting November 9, 2018, Cebu Pacific will mount daily flights between its Clark and Davao hubs; as well as between Clark and Tagbilaran (Bohol).

On its international network, JAL will increase capacity on its Hawaii and East Asia routes. The airline will seasonally operate the Boeing 777-300ER aircraft during the year-end and New Year period on the Tokyo (Narita)-Honolulu route, which was provided during the same period last year. Additionally, JAL will continue to expand the operation of the JAL Sky Suite-configured Boeing 787-9 aircraft on routes between Japan and Hawaii.

In FY2019, JAL will seasonally increase flights between Tokyo (Narita) and Chicago (O’Hare) from June 8 to September 3, 2019, featuring 11 flights per week. On flights between Osaka (Kansai) and Los Angeles, JAL will now feature full-flat seats in business class, in addition to the introduction of premium economy class service with the JAL Sky Suite 787-9 aircraft. Meanwhile, the airline will decrease the flight frequency between Kansai and Taipei (Taoyuan) from March 31, 2019.

On domestic routes in Japan, JAL will increase the flight frequency on the Tokyo (Haneda)-Sapporo (New Chitose) and Tokyo (Haneda)-Okinawa (Naha) routes. On Kagoshima routes, the carrier will feature the new ATR 72-600 aircraft from December 2018. Additionally, the airline will start broadcasting Live TV Service as a new in-flight service from October 2018 on Japan domestic flights.