Asia’s integrated resorts are not just casinos with auxiliary facilities attached, but destinations offering seamless leisure and entertainment attractions. Here’s a look at how they continually reinvent the wheel to stay ahead of the curve 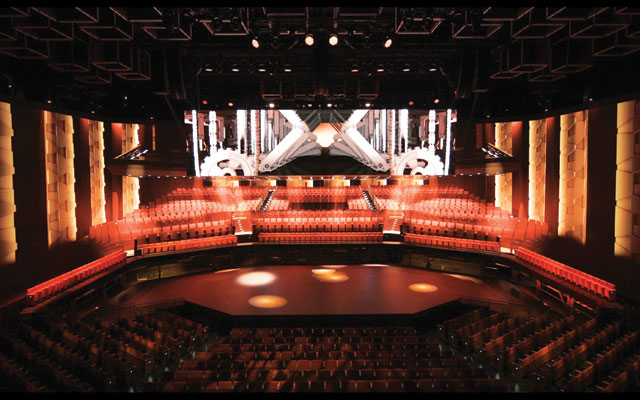 MACAU
A flurry of luxury hotel openings
Despite a raft of new hotel openings in Macau, particularly in the luxury segment, tourism players believe there is still room for more integrated resorts (IRs) in the territory.

The US$3.4 billion MGM Cotai – the company’s second property in Macau – officially opened in February this year, offering 1,390 rooms and suites, plus a wide array of retail and F&B offerings in a 35-storey, multi-hued exterior that resembles stacked jewellery boxes.
The centrepiece of MGM Cotai’s entertainment attractions is the Spectacle, a 2,000-seat theatre with the world’s largest permanent indoor LED screens.

Two unique luxurious hotel types, Skyloft and the Mansion, are expected to be ready later this year, both featuring a hotel-within-a-hotel concept first introduced at MGM Grand Las Vegas.

Melco Resorts’ US$1.1 billion Morpheus, which opened its doors on June 15, marked a cornerstone of City of Dreams’ Phase III development. Designed by the late Zaha Hadid, the luxury hotel has been dubbed an architectural icon for Macau with 770 rooms, suites and villas wrapped in a free-form exoskeleton-bound high-rise structure.

Morpheus also makes a clear play for the premium market through its dining and leisure amenities – including an entire floor is dedicated to two Ducasse restaurants and a bar; the Pierre Hermé Lounge, the first collaboration between Maison Pierre Hermé Paris and a hotel in Greater China; Morpheus Spa, featuring an in-house spa butler concept and a snow garden installation; plus a sky-high pool perched 40 stories above the ground.

Melco Resorts & Entertainment’s CEO Lawrence Ho commented: “Looking back a decade ago, nobody believed Macau needed 30,000 to 40,000 hotel rooms. Today, the city is home to almost 40,000 rooms, with occupancy rate well above 90 per cent, so I believe there is still capacity for IR growth in future.”

Wu said: “Average occupancy hit over 80 per cent, even with a length of stay of less than two days. If tourists stay longer, there will not be enough rooms, so additional IRs are needed.

“However, it would be healthy to have more three- to four-star hotels since over 50 per cent of Macau’s 40,000 rooms fall into the luxury five-star grade.”

And given Macau’s proximity to China, a huge market source, Ho believes that Macau will remain “the number one IR destination”.

Furthermore, Macau is set to “benefit immensely” when the Hong Kong-Zhuhai-Macau Bridge opens this year, he stated. – Prudence Lui

SINGAPORE
Established icons keep innovating
Eight years since they began operations, Singapore’s two major IRs, Resorts World Sentosa (RWS) and Marina Bay Sands (MBS), are pulling out all the stops to stay ahead of the game.

Outside of these key attractions, RWS has maintained a calendar of events to keep visitors hooked, including Football Fever 2018 to screen live World Cup matches, as well as food festivals RWS Street Eats and the GREAT Food Festival. In total, the IR sees more than 20 million visitors annually.

“From guest feedback, we found that visitors are drawn to lifestyle events that are immersive, engaging and offering experiences unique to Asia. RWS continues to reinvent our offerings and develop more unique and exciting programmes so we can differentiate ourselves from the competition,” said a spokesperson.

Likewise, MBS has kept a schedule of constant innovations. Following the refurbishment of its 2,561 rooms and suites, the IR has been leaning on a suite of technological enhancements with new multimedia attractions such as the Digital Light Canvas and Spectra.

Mike Lee, its vice president, sales, shared that “refreshing the diverse programming” has been a key investment for MBS. For example, the ArtScience Museum has been hosting “blockbuster exhibitions” featuring popular franchises like Marvel.

The Lavo Italian Restaurant and Rooftop Bar opened in January, and 2019 will see MBS launching the Marquee nightclub, which will span three floors and feature a full-sized indoor Ferris Wheel.

Maunik Thacker, senior vice president – marketing, shared that to reach out to guests, particularly the millennials, MBS has “shifted (its) marketing efforts to focus on more digital advertising”.

For example, data from MBS has shown that “the Chinese market is price sensitive, and discounts work well in driving bookings”.

To cater to audiences in China, Thacker explained that MBS “teamed up with WeChat to roll out (its) marketing messages and promotions via the app”.

Although IRs remain “hot” attractions for Chinese tourists, in particular for their shopping lures, Joseph Sze, project director, CSI Marketing, noted that tourist spots in Singapore must work harder to “create an atmosphere and environment integrated with attractions” as the Chinese market begins to skew towards “authentic and local” areas like the heartlands. – Pamela Chow

PHILIPPINES
Still more rooms coming up
Resorts World Manila (RWM) will swamp the market with 900 new rooms with the opening of three hotels – on top of the existing four within the IR compound – in the coming months, but industry observers believe the additional inventory can be absorbed by the growing number of business and leisure travellers to the metro.

The 357-key Hilton Manila is scheduled to open in 3Q2018, followed by a 191-key Okura, and a 350-key Sheraton, adding to four existing hotels including a Maxim (to be rebranded Ritz-Carlton next year), Remington (to be rebranded Holiday Inn Express), Marriott which added 227 rooms in late 2016, and homegrown brand Belmont.

Kevin Tan, executive director of Alliance Global Group, Genting Group’s partner in RWM, said in a recent CNBC interview that the new openings will be part of RWM’s phase three expansion, which also includes a new casino set to “almost double the current gaming capacity we have right now”.

Colliers International research manager Joey Bondoc said RWM’s new hotels are in keeping with his recommendation for operators to continue developing four- and five-star accommodations in key business districts, as he foresaw continued arrivals from major visitor source markets thanks to the improvement of the country’s infrastructure and aggressive tourism marketing.

Bondoc also said RWM’s new hotels will be “propelled by expanding activities in key business districts” in Manila, including the growing number of business process outsourcing offices, and an ideal complement to RWM’s gaming and retail shops.

Mike Hain, groups manager of Corporate International Travel and Tours, said RWM’s new hotels are ultimately good for the market, where “hotels dictate the price” due to the limited choices. That’s why “if you compare hotels here with those in Asia, even for the same hotel brand, we’re more expensive,” he remarked.

Hilton Manila general manager Simon McGrath said that apart from the corporate sector, the leisure market including staycationers and tour groups will be drawn to the area’s proximity to airports, high-end shopping, F&B options, and what he says is the hotel’s unique selling point – a huge swimming pool and large jacuzzi that will be shared by Hilton and Sheraton. – Rosa Ocampo

MALAYSIA
Massive remake of RWG underway
Since the launch of the Genting Integrated Tourism Plan in December 2013, Resorts World Genting (RWG) has undertaken major expansion and refurbishment efforts throughout the IR.

As part of the capital investment of RM10.4 billion (US$2.6 billion), upcoming attractions include the Skytropolis Indoor Park and Twentieth Century Fox World Malaysia Theme Park. No opening dates were given for these two much-anticipated offerings but TTG Asia understands that both would “open soon”.

Several developments have already been launched, such as the SkyAvenue mall offering diverse shopping and dining options as well as SkySymphony, an orchestra of audio, visual and motion graphics using 1,001 winch balls suspended from a four-storey-high ceiling.
Other attractions include the Awana SkyWay cable car system with 99 gondolas that ply along a 2.8km-long track to allow visitors a bird’s-eye view of the 130-million-year-old rainforest.

Rocky Too, senior vice president of sales & marketing at RWG, told TTG Asia: “Our target is to attract more people to come see the new RWG. Last year, we had over 23 million visitors. We believe that when the new theme parks open, there will be more tourists coming from India, China and neighbouring countries.”

Too further shared that RWG is working closely with key markets and travel agents to keep them updated on the resort’s offerings, and will be participating in tradeshows and travel fairs in target markets like China and India when the attractions are almost ready.

“As FITs and daytrippers are our priority market segments, we will also be working with OTAs and considering partnering with some hotels in Kuala Lumpur to offer room plus theme park tickets packages,” he added.

Inbound tour operators like Ally Bhoonee, executive director at World Avenues, believes that a “more exciting” RWG will “add value to the destination and make it easier for us to market internationally”. – S Puvaneswary

VIETNAM
Playing catch-up in the IR game
The IR market is gaining momentum in Vietnam, as the country welcomes a swathe of developments to cater to growing demand from the domestic and regional markets – most notably China, South Korea and Japan.

Jeff Redl, managing director of Diethelm Travel Vietnam, said the success of IRs in destinations such as Dubai and Singapore has fuelled the market’s growth in Vietnam.

He added: “The success of IRs in various locations has proven this particular model is pertinent and profitable. It has already found its clientele in certain markets and with the growth of Asian travellers, demand will surely increase. Vietnam has understood the needs for offering such IRs.”

Vinpearl is one of the country’s major players with its resorts in Nha Trang and Phu Quoc – two destinations where IR development is prominent. Other areas include Danang and Hoi An, Nha Trang and Cam Ranh, and between Hoi An and Tam Ky.

Another game-changer in the country’s IR market came in 2017 when the government lifted a long-time ban on Vietnamese nationals allowing them to gamble in two casinos on Phu Quoc, and at Van Don Special Economic Zone in Quang Ninh province. Both casinos are currently under construction.

In April, Laguna Lang Co beach resort near Hue was also awarded a casino license and is expected to welcome both foreign and domestic players by 2022.

Said Redl: “Gaming companies are interested in the casino business in Vietnam because the industry is still new, there’s little competition and those that arrive here first can easily dominate the market and maximise their profits.”

A study by academic Augustine Ha Ton Vinh, who extensively researched Vietnam’s gaming industry in late 2017, revealed Vietnamese spend an estimated US$800 million each year gambling abroad in places such as Macau, Singapore and across the border in Cambodia, making it a lucrative business.

Anton Jurgens, general manager of Exo Travel Vietnam, predicts that if gambling is fully legalised in Vietnam, there would be a huge growth in IRs with casinos. He added: “For now, we think this will be focused on Asian tourists and looks to be a strategy in developing the industry.”

Oleg Shafranov, general manager of Khiri Vietnam, commented: “This (lifting of the ban) will contribute to increasing the role, so far insignificant, of IRs for the domestic market,” she said. – Marissa Carruthers