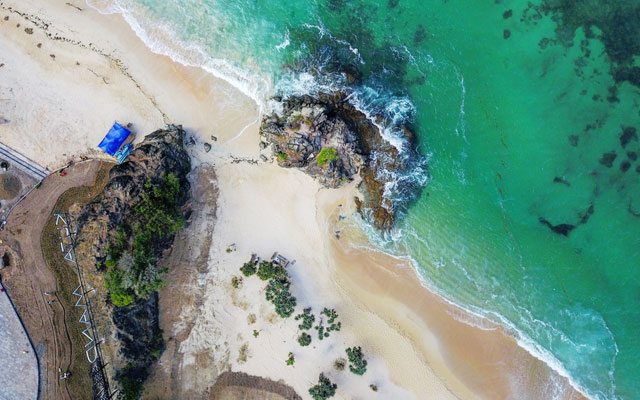 Lombok is beginning to see trip cancellations from visitors following the devastating earthquake last Sunday, but the travel trade is adamant to push out the message that most parts of the destination remain unaffected and safe for travel.

Dewantoro Umbu Joka, chairman of the Association of The Indonesian Tours and Travel Agencies (ASITA) West Nusa Tenggara, said: “(The first earthquake on July 29) did not have too much impact, and visitors continue to come. But with the (second one measuring) a magnitude of seven on Richter Scale, it’s become a concern (for visitors). ASITA members reported receiving many cancellations.”

He was particularly concerned about the Gili Islands, as some 80 per cent of international travellers to Lombok also visit the trio of islands.

Estimating a loss of around 100,000 direct arrivals to Lombok due to the recent earthquakes, Indonesia minister of tourism Arief Yahya had announced that the government would try to keep up with its international arrival target to Indonesia by accelerating recovery in disaster-affected areas.

He asserted: “I think it’s normal to have lots of cancellations for a few days. This is a force majeure, everyone panics. But this condition will not last long. In fact, it can be faster than expected because the central government is involved directly in handling the situation.

“This is not the first time Lombok has been hit by a disaster. The experience of handling disasters, including the quick response to make sure clients are safe, makes Lombok tourism recover quickly,” he added.

To assist with the recovery, IHRA has immediate plans to launch promotions to key source markets such as Malaysia, South Korea, Japan, Australia and Europe in September.

“We need tell the market that Lombok is big and only a small portion is affected by the earthquake,” stated Hadi.

Hadi stressed that the market needs to be educated about other destinations not impacted by the earthquake, such as Mandalika and Mataram City on Lombok, and Dompu and Bima on Sumbawa.

“Tourism stakeholders in West Nusa Tenggara have agreed that we highlight the destinations which are not impacted, rather than just saying, ‘Lombok is safe’.”