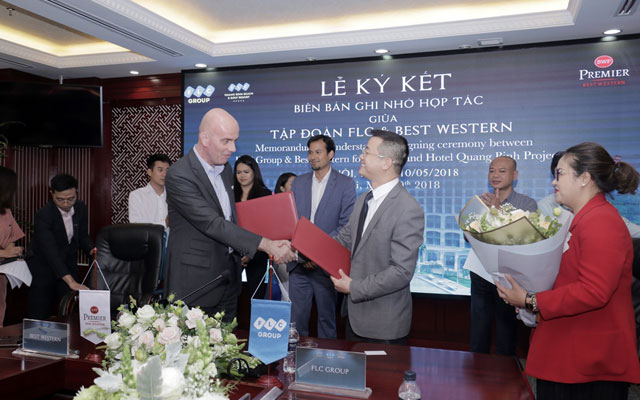 Best Western Hotels & Resorts has signed an MoU for a new upscale beach resort in Dong Hoi, the capital of Vietnam’s Quang Binh province, as it continues expanding to new parts of the country.

“Best Western Premier Quang Binh is the latest in a series of major upscale properties for Best Western in Vietnam, which we have identified as a priority market… we are now bringing international hospitality to exciting new parts of the country,” added Olivier Berrivin, Best Western’s managing director of international operations – Asia.

Scheduled to open in 2020, Best Western Premier Quang Binh will overlook the East Sea and feature will feature 501 rooms and suites, all equipped with bathrooms, workspaces and complimentary Wi-Fi.

Guests in the executive rooms and suites will be offered unlimited access to a beachfront lounge, where they can enjoy a series of exclusive services and privileges.

Hotel facilities include a restaurant, outdoor infinity pools, a spa, children’s playground and gym. A business centre and meeting rooms will also be available for special events and corporate gatherings.