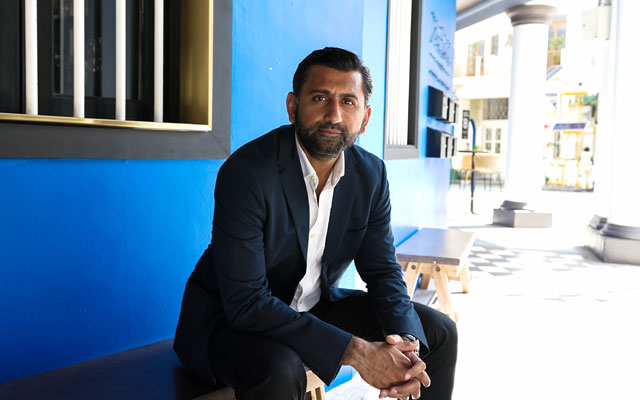 Founder and managing director of investment property company 8M Real Estate, Ashish Manchharam, has an affinity with shophouses, having grown up in one and now is in the business of buying them and injecting new life into these heritage properties.

The Jones Lang LaSalle alum’s interest in such niche investment is no surprise, as his family was behind the gentrification of Singapore’s Haji Lane, converting a row of nine shophouses into retail boutiques in the early 2000s. The wave of independent retail businesses opening in the district has since continued over the past 15 years.

Manchharam’s first shophouse acquisition was made five years ago when he noticed that interesting neighbourhoods and ground floor frontage were growing in popularity as venues for F&B concepts. Shophouses in CBD locations, where population and infrastructure had been growing, were especially coveted.

In the last few years, Manchharam noticed a growing interest in people wanting to live in such locations. This eventually led developing part of the portfolio for accommodation purposes, which culminated in Base Residences, offering four apartments, and Ann Siang House, which opened in March 2018 with 20 rooms. A Keong Saik Road property is also slated to open later this year.

“In general, there was a gap in the market for all of the above. F&B operators want independently accessible space within cool neighbourhoods, without being in a traditional mall or bottom of an office building, constrained by opening hours, etc. For accommodation, the focus was on hotel use. We noticed there are people who want to experience living close to the CBD within these neighbourhoods but longer term.” Manchharam said.

“We converted part of our office space at Hongkong Street to test the market in 2016. Noticing the pick up in demand, we have started to focus on providing accommodation space within our properties. We are seeing more people wanting more flexibility when it comes to being able to stay short- or long-term,” Manchharam told TTG Asia.

The said shophouse at 31 Hongkong Street was acquired in July 2015. Named Base Residences, the building was converted into serviced residences, comprising a studio and three two-bedroom apartments.

Manchharam expects demand for longer-term stays in such locations will eventually pick up over time, as demand to be in these locations increases as more infrastructure (i.e. MRT) increases.

When asked about space constraints within the shophouses, as well as the lack of facilities such as gyms, he remarked: “Generally, we feel that today’s travellers do not always require all the traditional services in a hotel or serviced apartment. We are focusing on what is important such as a good bed/shower, reliable Wi-Fi, cooking/laundry facilities, and handy phones to remain connected locally.”

To increase Base Residences’ range of offerings for instance, Manchharam partners with nearby gyms and yoga studios. He indicated that this is one way to provide “high-quality, best in class operators”, and allowing them to focus on providing the service they know best.

Manchharam’s F&B establishments move to the same beat, evident in his latest venture – Ann Siang House – where there are three F&B brands currently occupying the spaces around the hotel lobby.

The space on the right is currently occupied by coffee bar Cult (daytime)/and contemporary eatery The Guild (night-time), while the space on the left is home to Italian restaurant Perbacco.

“The F&B (spaces act as) a meeting point for people throughout the day, which we think is important in driving people to stay with us. In addition, our properties  are located in well-sought after locations for F&B operators. F&B will be an important part in all our properties,” he shared.