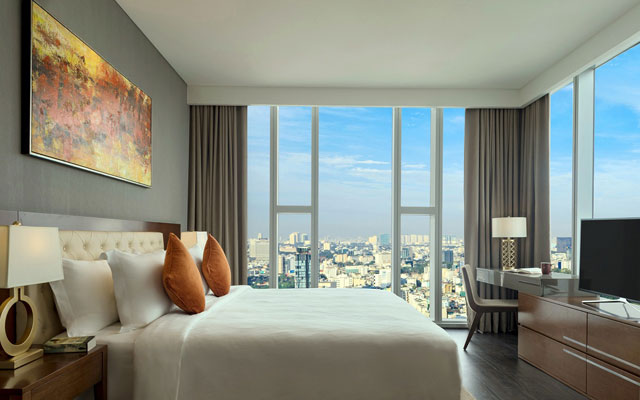 akyra TAS Sukhumvit Bangkok
When open in May, akyra TAS Sukhumvit Bangkok is set to be the first in Asia to operate without single-use plastic in its rooms and F&B outlets. At the 50-key hotel, guests will be given stainless steel water bottles on arrival, which they can refill throughout their stay. Self-service drinking water will be dispensed on every floor. In addition, bathroom amenities will be presented in locally manufactured “celadon” pottery containers, bio-degradable bin bags will be used in all rooms and shopping bags will be available to encourage guests to refuse plastic bags when out shopping. The hotel is already taking advance bookings. MGM Cotai
MGM Cotai has opened in Macau featuring 1,400 hotel rooms and suites, as well as the first international MGM Mansion, an extra luxurious and exclusive resort. Hotel facilities include meeting space, spa, retail offerings and F&B outlets. There is also a theatre on-property, where guests can choose from resident shows including The Experience, a 10-minute “technological symphony” inspired by the destination; the Destiny theatrical production, inspired by the concept of TV game shows and video games. Ann Siang House
Ann Siang House, formerly known as The Club Hotel, will reopen in March. A conservation property restored from a 1920s shophouse, the hotel will feature 20 guestrooms, some of which come with fully equipped kitchenettes and balconies. The revamp will bring additional common areas, new furniture and artwork and a refreshed façade, while the Blue Label Pizza & Wine by Travis Masiero Restaurant Group has already opened on the basement level. The second phase of Ann Siang House is set to be unveiled in 1H2018.