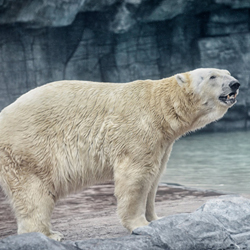 Inuka, the first polar bear born in the tropics, was put to sleep yesterday at age 27 on “humane grounds”, the Wildlife Reserves Singapore (WRS) said on Facebook.

According to a Straits Times report, the open wounds on Inuka had not improved after three weeks of treatment. Inuka, who has been in declining health since December 2017, sustained an abdomen injury, “likely caused by urine-burns from incontinence and recurring urinary tract infections”. The lacerations on its paws were due to his weakening limbs unable to support his weight.

Paying tribute to the polar bear, who was born in 1990 as part of a breeding programme, WRS said: “With a heavy heart, we bade farewell to our beloved senior polar bear Inuka this (Thursday) morning. Despite the best efforts of his care team, Inuka’s condition worsened and the difficult but necessary decision not to revive him from anesthesia was made on humane grounds.”

Inuka will be the last polar bear at the Singapore Zoo, which announced in 2006 that it would no longer bring polar bears to an equatorial climate.

The male polar bear will not be buried, and some of his body parts will be preserved for educational purposes, according to local media reports. His enclosure might later be used to house sea lions.