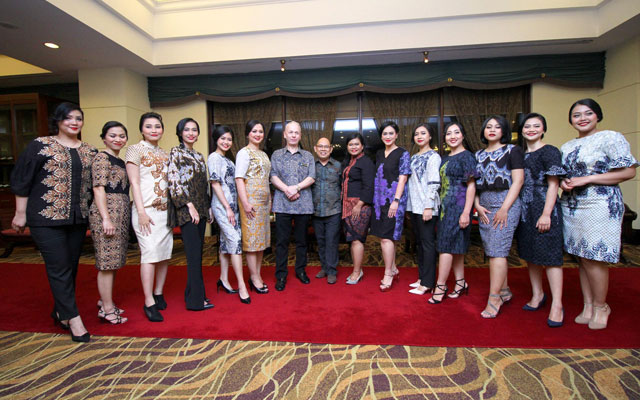 The Sultan Hotel & Residence Jakarta – in collaboration with Alleira Batik and GAIA Indonesian Premium Tea – held a kebaya and batik fashion show on April 18, to celebrate the 139th Kartini’s Day that would fall on April 21.

The fashion show was held in The Lagoon Lounge and lobby area, which saw several of the hotel’s female team members donning elegant kebaya outfits and sashaying down the runway. Since 1964, Kartini Day has been celebrated by all Indonesian provinces, to commemorate the birthday of national independence hero Raden Adjeng Kartini.

The objective is to honour Raden Adjeng Kartini’s struggle to realise the equal opportunity between men and women in the modern era. This celebration has a profound meaning of women’s emancipation and is a reminder to all levels of Indonesian society to continue to fight for gender justice.

Update: Raden Adjeng Kartini’s name was incorrectly stated in an earlier version of the story. It has since been corrected.