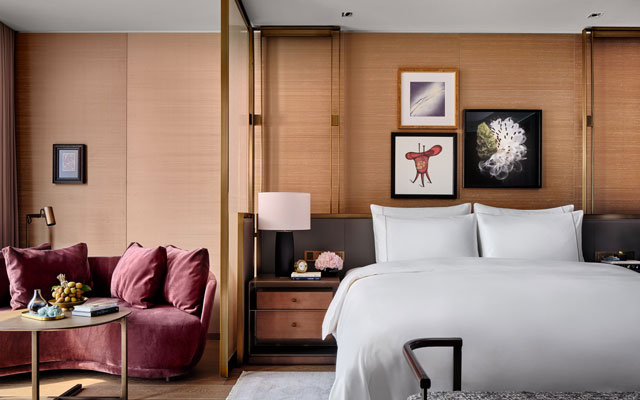 Karma Sitabani, India
Karma Group has opened Karma Sitabani in the Jim Corbett National Park, part of the Corbett Tiger Reserve in Uttarakhand. Spread over 1.4ha at the foothills of the Himalayas, the resort boasts a total of 42 suites in various configurations, and amenities such as spa, pool, restaurant, kid’s area, cinema, games area and gym. Safari trips to view tigers and other wildlife such as monkeys, foxes and deer in the park are also offered. Guests can fly to Delhi and drive for six hours to get to Karma Sitabani, or fly to Patnagar and then drive for about 2.5 hours. The nearest village is Ramnagar, 45 minutes from the resort. Park Inn by Radisson North EDSA, Philippines
Park Inn by Radisson North EDSA has opened in Quezon City, the brand’s first in Metro Manila and the fourth in the Philippines. The hotel offers 238 rooms, including 16 suites also feature separate living areas. Guests can refuel at three F&B outlets: Casa, the all-day dining restaurant; Terraza on 7, which serves poolside drinks and light snacks; and the social Lobby Bar. Aside from the fitness centre, other facilities include the Makiling Grand Ballroom, Banahaw Meeting Rooms and a pre-function area that accommodates up to 640 delegates. Rosewood Guangzhou, China
The 251-key Rosewood Guangzhou has launched in Guangzhou’s Tianhe District within the top 39 floors of the 108-storey CTF Finance Centre – the seventh tallest building in the world.

The luxury hotel has seven F&B venues, while recreational options include the two-level Sense, A Rosewood Spa with three spa treatment suites, a health club complete with yoga studio and fitness centre, and a 25m-long indoor pool. Function spaces on-site include The Pavilion, a residential-style function space that can accommodate up to 420; a 958m² Grand Ballroom; three function rooms; two VIP rooms; and a Sky Mansion on the 108th floor featuring a show kitchen terrace.

The property is also home to Rosewood Residences Guangzhou, which features 355 serviced apartments spanning from studios (76), one- and two-bedroom apartments (160 and 96, respectively) to luxurious duplexes (23). Designed with long-term stays in mind, each Residence includes amenities such as in-room washing machines, as well as a full kitchen with an oven and dishwasher. Yello Hotel Harmoni, Indonesia
A refresh of this midscale hotel in the Indonesian capital brings the addition of suites, making it the first Yello property to offer suites. Out of the 350 rooms, 14 have been transformed into suites, each furnished with a king-sized bed, sofa, desk with wireless charging, Wi-Fi, and a separate bathroom. Other new features include daily buffet lunch and dinner at the on-site restaurant, as well as eight new mural spots by local artists to make the hotel more Instagrammable.