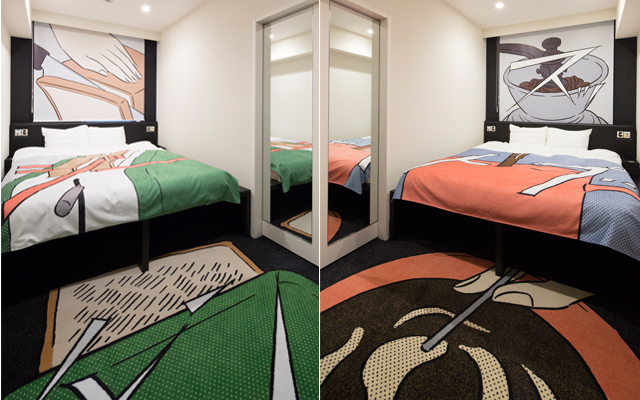 Hotel Tavinos Hamamatsucho, Japan
The first property under Japanese hospitality Fujita Kanko’s millennial-driven brand Tavinos, has made its debut in the Japanese capital. Situated in the Hamamatsucho district, the 188-room emphasises affordability, boasting average room rates of 10,000 yen/night (approximately US$92) for a twin/double room. Guest rooms are decorated with Manga murals, measure 12m² on average, and are minimally furnished with smart storage spaces. Aside from a lounge where beverages and a light breakfast is served, the property also boasts Tavinoshiori, an AI concierge that features an interactive map providing recommendations for local spots and events. Double Tree by Hilton Shanghai Jing’an, China
The second DoubleTree by Hilton property in Shanghai is ensconced in a 28-storey building in the Jing’an District. All 307 of its rooms are equipped with amenities such as the Sweet Dreams by DoubleTree sleep experience bedding, and a 50-inch LCD TV with satellite channels. Guests will have access to facilities such as an indoor pool on the fourth floor, a 24-hour fitness centre and three F&B venues.

Event planners may avail any of the hotel’s two ballrooms, the 520m² Mingde Grand Ballroom which can be divided into three multifunction rooms, or the pillarless, 380m² Mingyue Grand Ballroom with floor-to-ceiling glass windows. Mercure Jakarta Batavia, Indonesia
Mercure Jakarta Batavia has opened in the capital city’s Kota Tua (Old Town), a rebranding from the former De Rivier hotel. The property offers 376 rooms and suites, alongside amenities such as two restaurants, bars and lounge, spa, fitness centre, sauna, and a children’s playground. There are also 14 function spaces available for meetings and events, where the largest is the 800m² ballroom which can seat up to 300 people banquet style.