Shiny new hotels, massive malls and theme parks that keep rolling out fresh attractions.  TTG Asia looks at what Selangor has going for it to warrant the attention of visitors 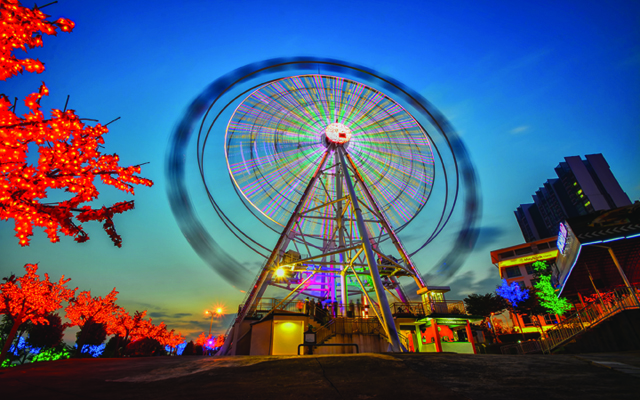 No longer viewed as the boring sibling of adjoining Kuala Lumpur, the state of Selangor is steadily coming onto visitors’ radar, driven by a new crop of hotels, competitive rates, and a strong roster of ecotourism and man-made attractions.

New hotels, many of which boast “excellent” locations, are what made Selangor a much more compelling sell nowadays, opined Arokia Das, director, Luxury Tours Malaysia.

The recently opened New World Petaling Jaya Hotel, which sits adjacent to the iconic Paradigm Mall in Petaling Jaya, is a prime example, according to Arokia.

Arokia is also pinning hopes on the upcoming DoubleTree by Hilton@i-City as a new four-star option for i-City Theme Park visitors. Park-goers currently prefer to stay in Sunway or Subang areas due to the absence of international branded properties in the vicinity, Arokia posited.

Meanwhile, Selangor’s cheaper room rates has always been an attractive proposition for the state.

Said Arokia: “On average, the contract rate savings for a five-star hotel (in Selangor) is around 20 per cheaper than that of a similar star category in the city centre (in Kuala Lumpur).”

The two-storey, 2,787m2 Red Carpet 2 is a bigger extension of Red Carpet – Malaysia’s first interactive wax museum located at another part of i-City – featuring some 100 wax figurines of famous personalities and sculptures of superheroes.

Adam remarked: “With two major theme parks, there is reason for tourists, especially millennials who want an experiential holiday, to extend their stay in Selangor by one night. Both theme parks are also close to Kuala Lumpur, which makes it suitable for day trippers from the city.”

Asutra Convex is currently developing a tour programme by Light Rail Transit, starting from the Subang Jaya stop in Selangor and ending at Kuala Lumpur City Centre stop, to highlight unique sites in between the two points for sightseeing.

Azizi Borhan, managing director, Asutra Convex, expects these new mall-based attractions to entice tourists as it allows them to experience surfing and simulated skydiving in a safe environment.

Beyond the theme parks and  shopping malls in the city, Selangor still has lots to offer for those keen to explore its countryside, Azizi stated.

“Our tours to Carey and Ketam Islands are selling well. Also, day visits to homestays in Selangor are well received by Korean, Japanese and Singaporean FIT tourists who are interested to experience local food cooked by villagers and their way of life.”

According to statistics from Tourism Selangor, the state attracted more than 7.4 million domestic and international tourists last year, a two per cent increase over 2016. Tourists from China, Singapore, Japan, Indonesia and India make up the top five foreign markets to Selangor.