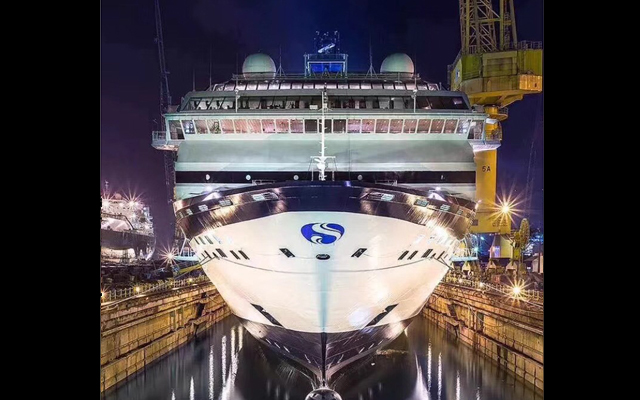 SkySea Cruise Line’s final voyage will take place on August 29, 2018 with a four-night cruise sailing between Shanghai and Fukuoka, Japan.

The company will offer a final season of unique theme cruises, promotions and special onboard activities and entertainment to its guests.

On every voyage from May 27 through August 29, SkySea will treat guests to a SkySea ‘Golden Memories’ champagne reception; special farewell dessert made by the ship’s executive chef; a commemorative gift for each guest, a coupon book with special offers for purchases made onboard; and a 10 per cent discount on the cruise ticket for any past passenger of SkySea Cruise Line who books through the cruise line’s call centre or website.

Guests can also expect to be entertained by the third annual SkySea Voice competition and interactive performance of SAMAJAM@SkySea taking place on every cruise, as well as SkySea Forums covering health and wellness, acting, sports and wine tasting.

Commenting on what the China-centric brand has achieved in its few years of operation, Ken Muskat, CEO of SkySea Cruise Line, said: “We will have a legacy of being remembered as a major contributor to the increased awareness and growing consumer demand for cruising in the China market as well as helping evolve the way cruises are marketed and sold.”

He added: “We have introduced cruising to hundreds of thousands of consumers who have never cruised before and they walked away with incredible satisfaction which is now helping build repeat business. We look forward to continuing to provide the service and experience that makes SkySea special for the balance of our sailings and encourage those who haven’t sailed with SkySea to take advantage of this opportunity.”

By the time of her final cruise, SkySea Golden Era would have hosted nearly 500,000 guests on close to 300 cruises from the homeports of Shanghai, Xiamen, Shenzhen, Qingdao and Zhoushan, with visits to over 30 destination ports in Japan, South Korea, the Philippines and Vietnam.