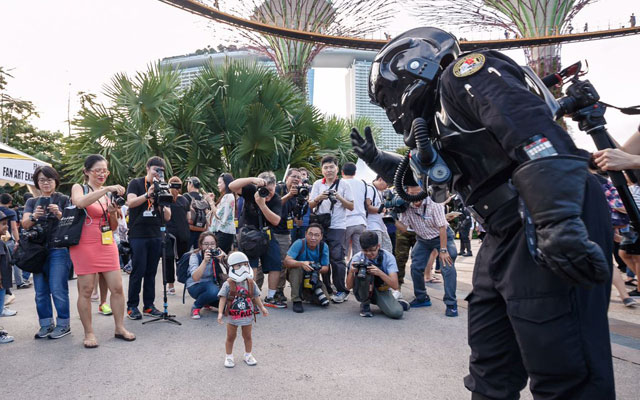 Singapore is rolling out a suite of events, attractions and updates for 2018 and beyond to keep visitors coming.

Among the events are Design Orchard, a transformation of the Orchard Road shopping belt; the International Champions Cup held until 2021, and the Singapore Tourism Board (STB) partnership with The Walt Disney Company, which will see Marvel- and Disney/Pixar-themed activations running through 2018 and 2019 respectively.

Speaking to TTG Asia at the recent ATF in Chiang Mai, STB’s executive director, communications & marketing capability, marketing group, Oliver Chong, said: “The Star Wars activations in 2017 saw many families and travellers come from around the region and beyond to take part in the festivities. We expect to see the same for the Marvel and Disney/Pixar franchises in the coming three years.”

The country will also continue to host the Formula One Grand Prix, which Chong shared has so far attracted 450,000 international spectators that form 40 to 50 per cent of the race crowd.

To appeal to more Malaysian travellers – a market that ranks fourth in international arrivals for the city-state from January to October 2017 – STB will promote weekend getaways with a family focus.

STB will also reveal remaining programmes under its new Passion Made Possible brand, and these will target travellers keen on night life, arts and culture as well as sports and adventure. As well, the brand will launch in Germany and Australia in 1Q2018.