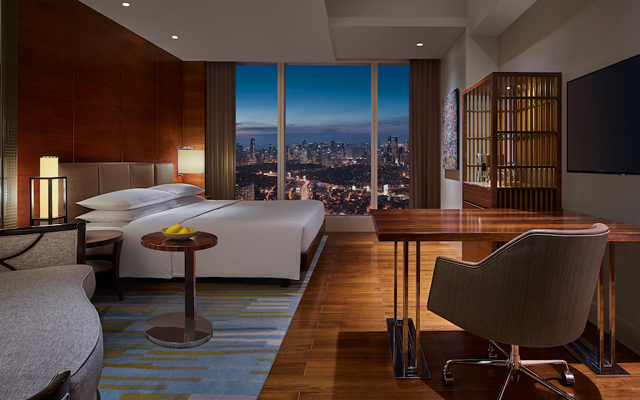 Facilities at the property include its signature Indonesian restaurant Rica Ricat, a spa, as well as activities such as snorkelling and diving at Pulau Mapur; batik or birdhouse painting and tie-dye classes. Corporates can choose from three meeting rooms, al fresco spaces, and teambuilding activities such as paintball and archery tag (on request). Grand Hyatt Manila
At Grand Hyatt Manila, all 461 guestrooms feature a lounge area, walk-in closet with a safe and floor-to-ceiling windows. Facilities include a fitness centre and spa, both of which will open on March 1. The hotel will have three main F&B concepts – the all-day-dining Grand Kitchen; No. 8 China House for casual Chinese dining; and The Peak bar (the latter two will open mid-2018). For meeting and events, the hotel offers flexible meeting rooms; Grand Ballroom; Grand Salon for intimate events; and Garden Pavilion, which comes complete with indoor and al-fresco seating areas. Best Western Sapporo Odori-Koen
Best Western Sapporo Odori-Koen, which officially opens later in the quarter, has begun accepting bookings. Located in the heart of Sapporo’s Chuo-ku, or “central ward”, the hotel features 60 rooms, all equipped with complimentary Wi-Fi. The hotel is 600m from JR Sapporo Statio, an hour’s drive from Sapporo’s New Chitose Airport, and less than two hours from the famous ski slopes and year-round outdoor activities of Niseko. Hilton Huizhou Longmen Resort
The Hilton Huizhou Longmen Resort has opened its doors in China’s Fuli Nankunshan Hot Spring Healthy Valley. All of its 366 guestrooms and suites offer floor-to-ceiling views of the rivers and hillsides that surround the property, where the suites are further equipped with in-suite hot spring pools. Facilities on the resort’s grounds include a 24-hour fitness centre, an outdoor swimming pool, six F&B venues, private rooms to sing karaoke. There are also 11 function rooms, including a Grand Ballroom, for events and meetings. Avani Broadbeach Gold Coast Residences
Occupying a prime beachside address on Surf Parade is the 219-key Avani Broadbeach Gold Coast Residences. The new-build offers a choice of one- or two-bedroom suites, with the choice of hinterland, ocean-facing, or sky-high ocean views. Each suite comes with a balcony, fully-equipped kitchen, and a lounge and dining area furnished with a Smart TV and complimentary Wi-Fi. On-site facilities include a resident’s lounge, gym, sundeck, and an outdoor 25m-long swimming pool. In addition, a bar and restaurant will open in the in the first quarter of this year on the ground floor.