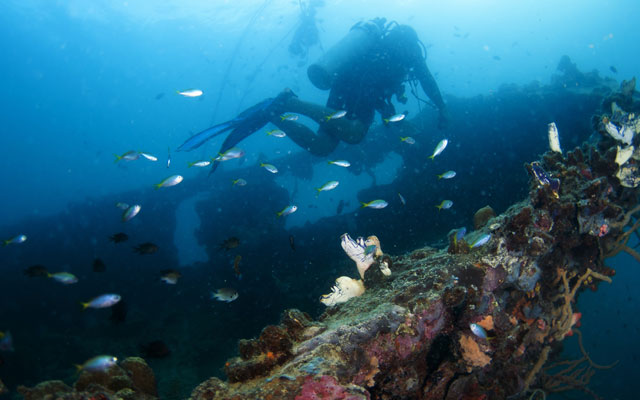 A proposal has been submitted to the Sri Lankan government to encourage the promotion of shipwreck exploration alongside other attractions in the country, Sri Lanka Tourism chairman Udaya Nanayakkara announced.

To move the plan forward, Lanka Sports Reizen (LSR) chairman and veteran diver Thilak Weerasinghe has been appointed by the country’s prime minister as a Tourism Task Force member. He is focusing on setting up guidelines, proper training facilities and creating more dive schools and facilities for both water and land-based sports.

His company handles 6,000 dives per year, of which 500 are made by tourists exploring shipwrecks. “Many of them are holiday divers who come on a seven- to 10-day stay, go around the countryside and end with a diving experience,” he told TTG Asia.

Ruled at various times by the Portuguese, Dutch and the British, and also attacked by the Japanese during WWII, Sri Lanka brims with opportunities for shipwreck exploration. More than 200 battleships lay submerged off its coast, including those wrecked in WWII.