Tourism suppliers should not write off Muslim millennial travellers. Raudha Zaini, who spearheads the Mastercard-CrescentRating research project launching at the Halal-In-Travel Summit during ITB Asia, tells Yixin Ng why 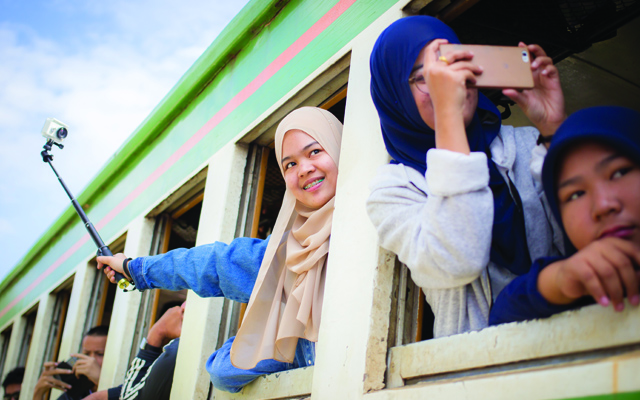 What would you say to travel suppliers who still regard the Muslim travel market as niche?
The Muslim Travel Market already represents around 10 per cent of the global travel market, (and hence) is not really a niche market. In fact, in terms of international visitor arrivals, it is as big as the Chinese outbound market.

Factors such as the growth of the overall population, the middle class and the younger demographics make it extremely important for travel suppliers to have a strategy to cater to them. It will be very difficult to ignore their needs as the market continues to grow.

More than 55 per cent of the Muslim population is under 30 years old and in the next few years, they will represent a considerable bulk of Muslim travellers.

And it is not just millennials, but increasingly even the Gen Z, who are becoming hugely influential as decision-makers during travel planning. In the past, first-generation parents of Muslim millennial travellers typically engaged travel agents to coordinate their travel plans. However, with the increase in accessibility to online information and ease of purchase, it is now their children who take on the role.

All considered, it is becoming very important for travel suppliers to understand and predict the travel behaviour of this sub-segment. The Muslim Millennial Travel report by Mastercard and HalalTrip is the first such report looking at this sub-segment.

What are some interesting findings from the report?
Some early findings reveal that Muslim millennials make travel plans one to six months in advance, and travel at least two to five times a year on average. The numbers illustrate that (even for younger Muslims), travel is not a luxury.

Also, we had initially anticipated that a significant section of Muslim millennials would opt for more affordable accommodation options such as apartments or shared housing, but surprisingly 63 per cent of the responses prefer hotels instead.

There is still much more to learn about this sub-segment and we will continue our research to better comprehend their behavioural patterns. In particular, given the preliminary findings, we have identified engagement at various stages of travel – from planning, booking and to when they are on holiday – as key focus areas. We would like to better understand what triggers Muslim millennials to travel – be it social media or friends or travel websites – and the (different) levels of motivations behind them.

We believe it is about (delving past) the surface to gain an in-depth understanding of how being a Muslim millennial fits into the overall travel experience.

What destinations have been successful in appealing to novelty-seeking Muslim millennial travellers and why?
We think the obstacle (in the way of more unconventional destinations) is not in the lack of Muslim-friendly amenities but the lack of knowledge about the needs of the Muslim travel segment. More needs to be done to educate smaller businesses offering localised and exotic experiences.

(Take for example) the non-Muslim majority countries gaining popularity among Muslim millennials, namely Japan and South Korea. These destinations have implemented strategies to cater to this market such as making available Halal food and prayer places at some attractions.

How can hotels, travel agencies and destinations be more successful in winning over the Muslim travel market?
It often is not about creating new facilities but improving current ones. At the very basic level, it (comes down to) providing easy access to Halal food and prayer places, etc.

But it is also about getting discovered and having an online presence during the trip planning stages, (taking into account) Muslim millennials’ penchant for direct online bookings for flights and transport.

For travel agencies, this signals a strong need to adapt to the digitisation of travel in order to cater to such prevalent travel trends. Traditional travel agents not only need to embrace technology whole heartedly, but also equip their organisation with talents who can empathise with millennial (mindsets). With their finger on the pulse of Muslim millennials, they will be able to instantly react and adapt to the (constantly) evolving behavior and requirements of this segment.

One challenge is travel agencies are (keeping within traditional boundaries), even though we see in some of our early findings that Muslim millennials prefer FIT arrangements (70 per cent) as opposed to fully packaged tours (four per cent). Travel suppliers need to better understand the behaviour and travel planning process of various traveller profiles, including family travellers, young couples and Muslim millennials.

What does the future look like for Muslim travel?
Muslim millennials will be the driving force in global Muslim travel. They will have a huge impact on how travel innovates and strategises to cater to them, which would benefit the broader industry. (To give an idea of innovation already at work), at HalalTrip, we have seen an interest in themed retreats, such as the Productive Muslim retreat we did last year. We are planning to launch a few such activities next year. We notice a lot of interest in our HalalTrip mobile app features, such as Inflight Prayer Times, Nearby Halal Food and Nearby tools.

Travel restrictions will not stop Muslims from exploring destinations where they feel safe and welcomed. It is key to educate travel stakeholders in the destination on the potential of the Muslim market and what their needs are. Once there is a good understanding, facilities and services catering to their needs will follow.