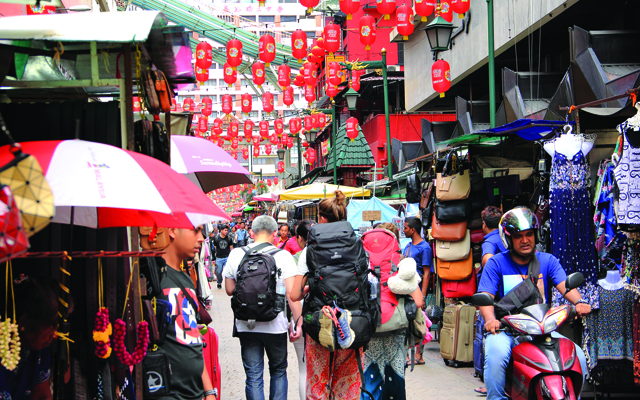 While Malaysia’s new tourism tax may be the answer to the tourism ministry’s reduced  promotional budget and the need for infastructural development funds, it has burdened agents with teething costs and compromised the competitiveness of the budget travel segment.

Under the tax, which kicked in on September 1, foreign tourists are charged a flat rate of RM10 (US$2.40) per room per night for all accommodation types, except premises with less than five rooms.

Diethelm Travel Malaysia’s managing director, Manfred Kurz, said his company had clients from Europe and the US complain when asked to pay the tax at hotel, which they thought was already included in the package price.

Diethelm’s overseas agency partners had attempted to pay the tax on behalf of clients, but hotels insisted the tax be paid by guests at check-out, according to Kurz.

“Now clients pay the hotels then get reimbursed by their travel agents back home, but this is a hassle. Our fear is that our tour operator partners will be reluctant to promote Malaysia in future if the (inconvenience persists).”

Raaj Navaratnaa, general manager at the Johor-based New Asia Holidays Tours & Travel, added that the company had to shoulder the tax after a group of 30 youth from Singapore refused to pay.

And although those affected may apply for an exemption with the government (with approval on case-by-case basis), the Malaysian Association of Tour and Travel Agents remains concerned about members who are burdened with large sums while awaiting exemption or refunds.

Beyond the teething stages, longer term impacts are expected in the budget segment. PK Leong, president, Malaysia Budget Hotel Association, said for budget hotels that charge RM50 per room night, the RM10 tourism tax is a significant 20 per cent extra.

“We had members saying that guests walked out when they (found out) about the tax. Where do you think they will go? Airbnb operators will benefit because they are unregulated and unregistered and (hence) do not have to collect the tax.”

“By implementing this tax in a hurry, and without registering all accommodation providers, the government has created a lopsided and unfair market. Us small business operators who abide by the law and register with the government are being punished,” he lamented.

Raaj also foresees longhaul backpackers would shorten their stay in Malaysia in  the long run, benefiting neighbouring countries, like Indonesia and Thailand.

The Ministry of Tourism and Culture’s overseas promotional budget was this year slashed from RM200 million to RM110 million. Tourism and culture minister, Mohamed Nazri Abdul Aziz, estimated the new tax would bring a return of over RM210 million a year based on an average occupancy of 60 per cent of the 237,391 rooms registered with the government.