It’s Canada’s 150th anniversary and, with free admission to national parks and historic sites, Alberta is the place to be, especially for Asian millennials, says Raini Hamdi 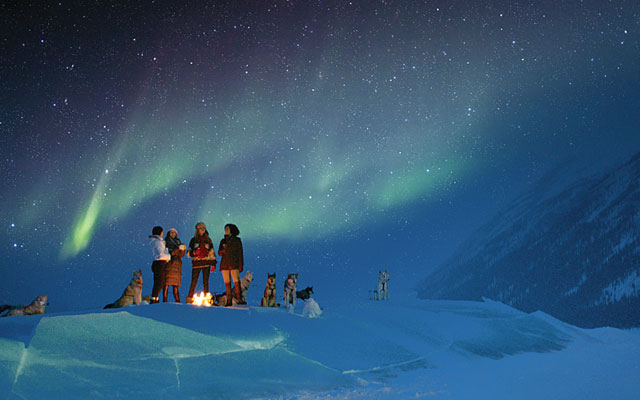 It’s the province Canada’s charming prime minister Justin Trudeau forgot in his speech when he kicked off the country’s 150th birthday celebrations on July 1, shouting out to all of Canada’s 13 provinces and territories – except Alberta. Realising his gaffe, Trudeau, in the true style of a heart-throb, jumped back on stage, blew Alberta a kiss and proclaimed: “I love you, Alberta”.

These days however, the western province of Canada is on the mind of Asian travellers, especially those from China, Japan and South Korea, where it’s seeing “very promising tourism growth” thanks to rising numbers of millennials, said Travel Alberta’s vice president business development, Karen Soyka.

This generation seeks adventure, exploration and authenticity and Alberta’s spell-bounding mountains and glaciers, national parks and wildlife, arts and culture, shopping and dining, make it a compelling package. Banff, Jasper and Lake Louise in the Canadian Rockies were packed with young Asian jet-setters (as this editor saw during a holiday there in mid-June), their excited voices showing a diverse Asian market. Aside from Chinese, Japanese and South Koreans, there were many Indians and Indonesians.

There is even more reason to visit Alberta this year. In celebration of Canada’s 150th anniversary, Parks Canada is offering free admission to Canada’s national parks and historic sites across the country throughout 2017.

There’s also a direct flight on Air Canada between Narita and Calgary, and additional air capacity from Japan to Vancouver and Toronto.

Korean Air, meanwhile, flies daily to Vancouver and Toronto with connections to Alberta five times a week. Korean Air, Asiana Airlines and Delta Air Lines’ daily flights from Seoul to Seattle help bring Korean travellers to Alberta. Alberta is the only Canadian province with an active Korean-based representative who promotes the destination to choose Alberta for their next overseas vacation, said Soyka.

The biggest challenge to increase its pie of the Asian market is to get more of the region’s travellers to know what Alberta has to offer, she said. The province got a fillip last May when Calgary hosted Rendezvous Canada, with 1,800 delegates.

It is also developing ‘hub-and-spoke’ itineraries with Calgary and Edmonton as the ‘home base’, and daytrips from these cities to nearby hidden gem experiences in lesser-known regions of Alberta.

As Alberta forgives Trudeau for his slip-up, it can take heart in knowing it’s not forgotten among young, gung-ho Asians seeking ‘the real thing’.