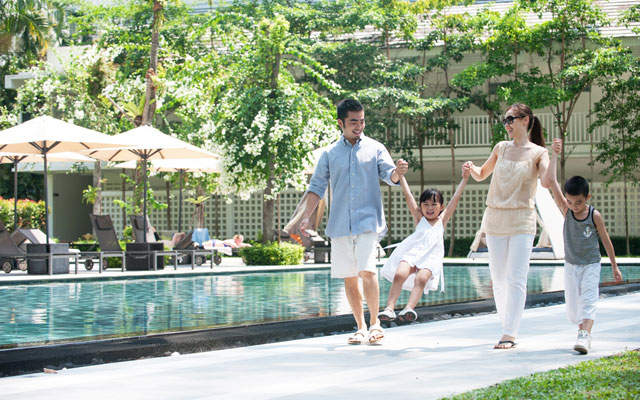 Despite being most likely to admit that they don’t enjoy travelling with children in tow, Asian parents are also the least willing to leave their children behind when they go on holidays, according to new findings by Expedia and research firm Northstar.

Almost all surveyed go on vacation at least once a year with their family, while non-parents tend to only go once a year. Regional differences are striking, the research shows, with those in Asia and southern Europe and Mexico, the most likely to prioritse getting away with family as often as they can.

Notably, the report revealed that Hong Kong (47 per cent) and Taiwan (40 per cent) have the highest proportion of parents who indicated they do not enjoy holidays when travelling with their children. Comparing between regions, the sentiment is strongest in Asia, with an average of 27 per cent per nation agreeing, compared to 17 per cent in Europe.

The markets least likely to choose their children as their favourite travel companions are also in Asia – Malaysia (32 per cent), Taiwan (32 per cent) and Hong Kong (33 per cent).

Yet, parents from these countries are relatively less willing to travel without their children. Only 19 per cent, 23 per cent and 27 per cent from Malaysia, Taiwan and Hong Kong respectively are willing to leave their children behind on their travels.

Meanwhile, few parents show interest in traveling with their own parents, although some interest does show up in Asia, led by Thailand (24 per cent), Malaysia (16 per cent) and South Korea (15 per cent).

Still, family travel continues to play a key role especially for Asian travellers. Parents in Asia were much more likely to agree that most of their favourite memories occurred on family vacations, led by parents in Thailand (82 per cent), Malaysia (81 per cent), South Korea (74 per cent) and Taiwan (69 per cent).

Most teens in nearly all countries say that a majority of their favorite memories occurred on family vacations, with the exception of Hong Kong (48 per cent) and Japan (44 per cent).