In an age of rapid digitisation, Pamela Chow examines why some agencies have successfully made strides into the mobile space while others prefer traditional mean 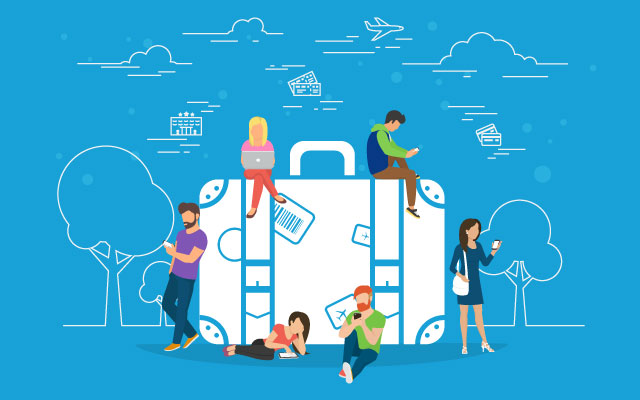 As travel bookings on mobile continue to grow as a popular channel for consumers worldwide, Travelport projects that 76 per cent of the growth of online travel will originate from mobile apps by 2020.

Mobile is hence a space where brick-and-mortar travel agencies can carve a share in, advised Travelport president and CEO Gordon Wilson, especially as an ageing global population – which has a higher spending power, and values personal interaction and trust more – becomes a key market.

He told TTG Asia: “(Traditional) travel agencies are still growing. There is a market for cash-rich but time-poor people who want full service. (They may) want however, to experience engagement with the agency on their mobile. It can become a supplement to the traditional way of doing things.”

Costs a heavy burden
Despite the country’s high Internet and mobile penetration levels, some travel agencies in Singapore remain reluctant to adopt mobile solutions, citing cost as the main deterrent.

“It’s definitely expensive. We dare not even think about it,” said Focal Travel’s founder and advisor Wilson Tee. Although his agency has established a website and social media presence, as well as partnerships with online travel platforms such as Tripzilla, Tee believes that the payoff from developing mobile solutions is not worth the “high cost”.

According to Travelport product manager Daniel Rowley, an agent would have to fork out at least A$1-1.5 million (US$0.8-1.2 million) to develop a travel app, excluding expertise and training.

The costs extend past the development and adoption stages. Travel Star, which had previously dipped its toes into mobile app, found constant upkeep a challenge.

“It was rather tedious to keep a mobile app updated. It required high maintenance, and we didn’t have an in-house IT team,” said marketing & HR manager Zheng Lingna. Travel Star has since shut down its app to focus on its website.

Tee also opined that spending more money in the digital space does not necessarily translate into higher visibility.

Instead, Focal Travel subscribes to the “bigger is better” approach to maximising its marketing budget. Tee explained: “If I have more advertising money, I’d rather spend it on print. My ad would be bigger and more prominent, and more people can see me.”

Also keeping faith in traditional media is CS Travel, which is limiting its digital engagement to just social media marketing, said assistant general manager Alice Lai. Besides Facebook, Instagram and WeChat, the agency does not see the urgency or have the “big budget” to go mobile yet.

“We may seem outdated, but a lot of travellers still consume traditional media such as newspapers and TV,” said Lai, who believes that consumer behaviour will eventually find a new normal that incorporates offline platforms.

The price is right
Once bitten by its mobile foray, Travel Star is not twice shy as it does not rule out developing an app again in the future if more government grants are introduced to encourage ventures into the mobile sphere, said Zheng.

The funds provided are currently channelled into maintaining the agency’s website, but it would take more for them to operate an effective app, she said.

For Pegasus, the time and cost saved from digitising its processes justifies the high price. Its backend system currently runs on Travelport SmartPoint, and it has contracted Travelport TripAssist to build a customised app.

What made the difference, explained Hong, was Travelport’s training and support, including education on how to effectively market the app to target users.

Going mobile has also created a wave among regional players such as Traveloka. Caesar Indra, senior vice president of business development, shared that bookings made on the Traveloka app account for 70 per cent of its online transactions.

“Consumers treat their mobiles as a part of their lives,” he noted, suggesting that apps are also a way for agents to go “beyond the transactional” to engage with the customer throughout their journey.

An example was introducing a feature for users to reschedule or refund their purchases on their mobile phones. This cut the processing time from 30 minutes – when done through a call centre or physical store – to just five minutes.

Indra added that the social aspect is especially important in Indonesia, where Traveloka incorporated WhatsApp as a function on its mobile app for users to share their itineraries on the popular messaging platform.

“This created a network effect, where people who didn’t use Traveloka learnt about us through their friends sharing their itineraries,” said Indra.

An agency’s mobile communication can be employed to also include ground staff such as tour providers and suppliers, advised Robin Yap, president, Asia, The Travel Corporation.

The company launched an app for its trip directors to interact with customers before their trip, allowing guides to learn about their customers’ interests, feedback and requests, in order to provide more personalised service.