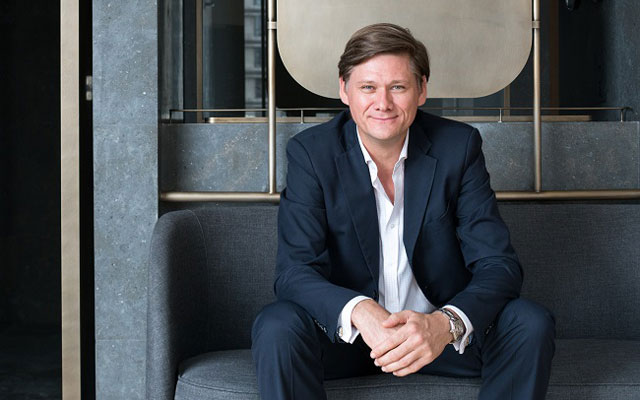 Marcel Holman has been appointed general manager for The Sukhothai Shanghai, slated to open in December this year.

Besides overseeing the operation of the 201-key Sukhothai Shanghai, Holman also holds a dual role as vice president mainland China for The Sukhothai Hotels & Resorts, and is responsible for the brand development and expansion of the Sukhothai brand within mainland China. ttThe Dutch national started his international hospitality career in Asia-Pacific 24 years ago as the assistant F&B manager in New Zealand, followed by several assignments with the InterContinental Hotels Group, Rotana Hotels, and Shangri-La Hotels & Resorts in Australia, China, the UAE and Taiwan.

In the mid-2000s, he was the resident manager at Shangri-La Fuzhou and Shangri-La Chengdu during their soft opening periods, followed by his first assignment as general manager with the China World Summit Wing, Convention Centre (A Shangri-La Hotel) Beijing in 2008.

Holman was then assigned to the Shangri-La’s Far Eastern Plaza Taipei to execute the hotel relaunch program, and in mid-2016 took on the position as general manager – projects for various Shangri-La Hotels & Resorts properties in Singapore, Shanghai and Jakarta.