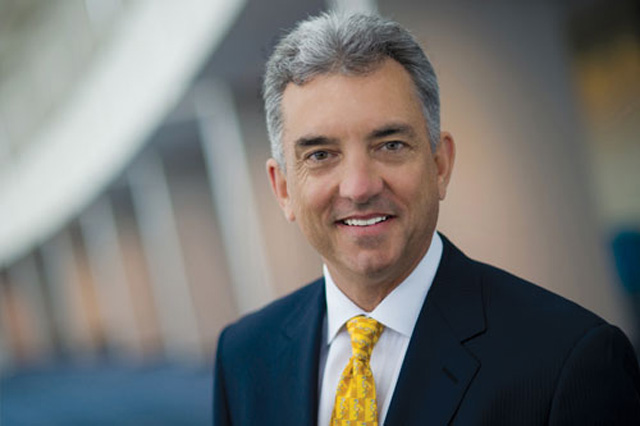 A new president throws a spanner in the works for Brand USA, which has been hard at work promoting the US as a welcoming and friendly destination to outsiders. The task has become even more important. Raini Hamdi talks to Chris Thompson, Brand USA president & CEO, about it*

Given that this is the first administration change since Brand USA started operations in 2011, how is it good and bad for you?
(President Trump) having convinced enough people in the country to elect him as president, then going into office against the established ways the government has run in the past, makes this election a little bit unique. As well, every president contemplates changes in policies. This president is focusing on policies that in many ways could have an impact on travel & tourism but what we’re dealing with is a perception issue vs the reality. How so?
There has been a lot of conversations by the president and the members of his administration on proposed changes. But the reality is everything that has made the US an aspirational destination all these years – nothing of that has changed. As a matter of fact, the brands that deliver the product – the hotels, retail attractions and experiences – are finding new ways to innovate themselves; the people who deliver the experiences, i.e. the US citizens, open their arms to visitors. None of that has changed.

As you and I are talking today, nothing legally has changed about how anybody in the world has to acquire visas to visit the US. The only thing that has changed as it relates to entry policy, legally, is the electronics that you can carry onboard, i.e. the laptop travel policy which affects 10 countries in the Middle East. While the number of visitors from those countries is small, the countries are gateways for many visitors, from Asia or (elsewhere), to the US, and we do know that there has been an impact. But that’s the only thing that has legally changed.

What is the impact?
Based on indicators such as paid search, travel to the US has softened (since the election and new administration). Advanced bookings in some situations are down. Actual (figures) from the Department of Commerce are five to six months behind so until those actual numbers come in, what we have is anecdotal.

My colleagues and the industry were at ITB Berlin and many of the conversations they had with the leading operators and the travel trade in Germany showed that they were holding par to the prior year or were having a record year. Now that’s just one market, one indication. We also hear from partners. Arne (Sorenson, CEO of Marriott International), who is on our board, said they have not yet seen actual effect.

But no matter how any market is reacting to the political sentiments, the thing that has most affected our ability to attract year over year numbers from a lot of markets is currency exchange. The strong dollar has had a major impact on many of our major markets – Canada, Mexico and some of the European markets.

What can you do?
We’re planning to affect leisure travel as we’re at the front of the summer season which for many of our major destinations is a significant time for travel. Our newest campaign has been launched in 11 markets – Canada, Mexico, Brazil, Germany, France, the UK, Japan, South Korea, India, China and Australia.

When wallets are challenged, we need to show the value proposition.

How?
The campaign shows value proposition through 3Ps: possibilities, persona and proximity.

The first is about the US having awesome possibilities for our visitors. I’d say even with our mature markets, there is much they do not know than they do know.

Then we’re segmenting the market by persona, in three ways. One is through excitement, things that get your blood flowing, participatory or as a spectator. The second is living like a local; when I travel to a destination, I want to get to know the people, what makes them live there, what keeps them there. Then comes escape, that the US has the alternatives for whatever it is that you want to escape from, say, the day-to-day routine of your job.

The beauty of the US is the diversity, not just geographically, but in the experiences that you can enjoy. People can find alternative ways to enjoy the US and, historically, this has allowed us to overcome the strong dollar. This is why a big portion of the campaign is about proximity, showcasing what’s available within five hours of the gateway visitors arrive at, which in many cases many are not even familiar with.

Our campaign is social first, mostly digital, i.e. through online videos, paid search, etc, and it’s social centric – for instance, we’re inviting our friends from around the world to photograph themselves  in the middle of their US experiences and share that.

Is this one of your bigger campaigns, to address the perception vs reality issue?
It was already in the works prior to election, not designed at all to address the election, rather it’s our attempt to promote the nature of the destination, i.e. its diversity, the people who deliver the experiences and the US people as a whole. The whole foundation is a welcoming message, which does help to offset some of the uncertainties people may have on whether or not they are welcomed.

That, and what we’re doing in corporate communications, which is communicating accurate and timely policy changes to visa and entry policies, making sure people understand what has actually changed vs what has been talked about or contemplated, are both going to help us.

Is there a role for travel agent?
Absolutely. The way we market is direct to consumer, such as this campaign. The second way is through the relationships we have with the travel trade. Even in mature markets like Japan, there’s still a very active travel trade network that helps us facilitate travel to the US. We’ve been enjoying many visitors from Japan for years. A lot of those traditional visitors learn about the US through the travel trade and even though the Internet has enabled them to get first-hand information on their fingertips, a lot of them still use the travel trade.

The younger generation is probably slanting towards the Internet but many of them still use travel agents particularly if it’s the first time they are visiting the US, to guarantee the quality of the visit. They might do their own research but call the agents to facilitate the travel.

So the travel trade still plays a critical role. We have 13 offices worldwide and it is those offices on the ground that help us facilitate the relationships with the trade.

You talked about the friendly message. But the first impression people tend to get, i.e. at customs, is unfriendliness.

Hospitality and security aren’t mutually exclusive. How do you introduce hospitality into a process-oriented (patrol)? We’ve had those conversations. I’d say though it’s gotten better than five, 10 years ago.

A wish for president Trump?
Keep travel & tourism as a high priority, based on its contribution both economically and diplomatically. We know security is a real threat and the decisions they make are the ones we have to trust. And when policy is changed to protect our borders, it also makes for a more secure place for our visitors. But while we are against terrorism, we are all for legitimate travel too.

“It is important to note that the budget any administration presents is a statement of priorities – not a budget that is presented to Congress to vote on. The administration’s proposal serves as a way to outline the priorities of the administration, but it is ultimately up to the Congress to formalise and vote on a final budget,” Thompson said in an email to TTG Asia (http://bit.ly/2tQotey).

Brand USA was approved by Congress in 2010 and began operation in 2011.

* Editor’s Note:This interview was conducted in April during the WTTC Global Summit in Bangkok and before president Trump’s proposed fiscal budget for 2018 was issued. The budget called for the elimination of Brand USA, with its revenue made available to the US Customs and Border Protection. The matter is still uncertain.

This article was first published in TTG Asia July 2017 issue. To read more, please view our digital edition or click here to subscribe.