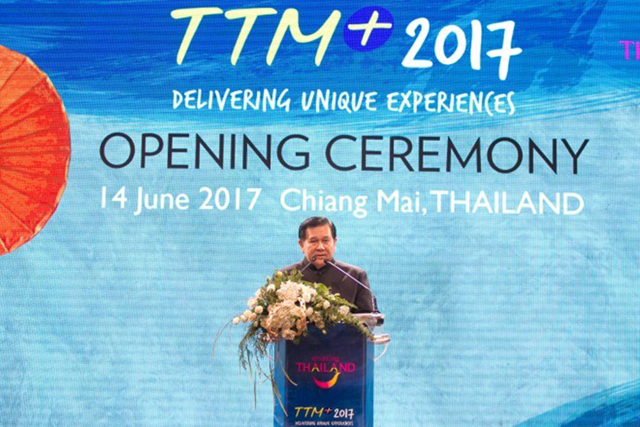 Following the latest two editions in the northern Thai city of Chiang Mai, Thailand Travel Mart Plus (TTM+) will move to Pattaya in 2018, it was announced at the 16th TTM+ last week.

As well, Thailand will host several key tourism events next year. Besides TTM+, there will be ASEAN Tourism Forum in Chiang Mai in January, the UNWTO Conference on Tourism Gastronomy in May and the Mekong Tourism Forum in June, which will be held for the first time in the north-eastern province of Nakhon Phanom. Other sports events on the Thai calendar include the Thomas Cup badminton championships and the Uber Cup finals in May 2018, and the MOTO motor-racing championship in October 2018. In addition, the Sport Accord Convention will also be held in Bangkok in April 2018.

These tourism and sports events will keep Thailand in the global limelight and underpin the role of travel & tourism as a positive contributor to the national economy, said deputy prime minister of Thailand Tanasak Patimapragorn at the opening ceremony of the TTM+ 2017 last week.