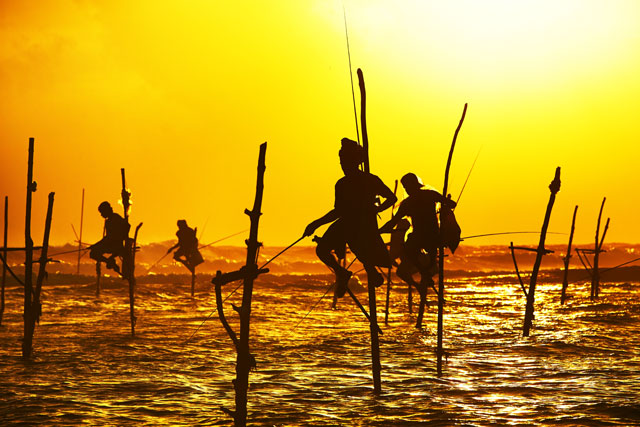 Sri Lanka Tourism Promotion Bureau’s new chairman has come into office intent on speeding up a long-delayed destination marketing campaign, with a roll-out targeted in the next few weeks.

“The prime minister (is) emphatic in saying the bureaucracy has been very slow in getting the campaign off the ground. We need to kick-start it fast (and have) the first phase (ready) in the next 30 days,” said newly-appointed tourism chief Udaya Nanayakkara, former president of the Universal Federation of Travel Agents Associations. Fishermen at the sunset near Galle, Sri Lanka

The campaign, although ready for two to three years, has been delayed by bureaucratic red tape and procedural matters, forcing prime minister Ranil Wickremesinghe to appoint a new Tourism Task Force (TTF) last month to speed things up.

As well, TTF member Dinesh Weerakkody, advisor to the tourism minister and ‎chairman at the National Human Resource Development Council of Sri Lanka, said he has been tasked with preparing a strategy to fill 300,000 jobs in the industry by 2020.

Beyond the ministry’s target of four million arrivals by 2020, double of last year’s, Nanayakkara also wants to increase the daily spend to US$210 from the current US$154.

Nanayakkara was formerly chairman of Sri Lanka Tourism but stepped down in 2005 after two key trade associations rallied for his removal.