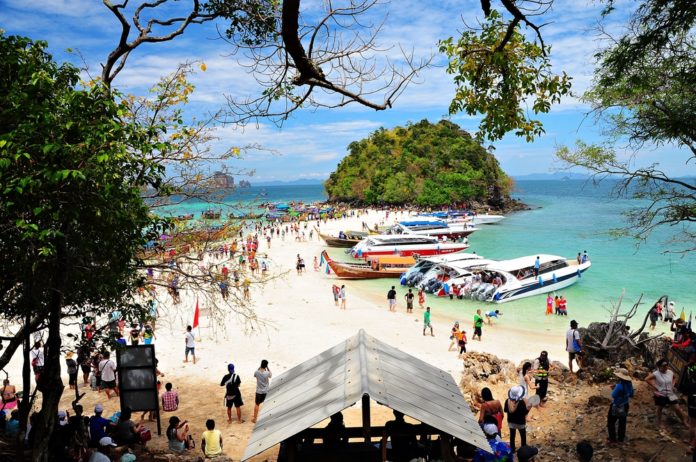 Airport passenger arrivals into Krabi rose from 376,000 a decade ago to 2016’s record high that eclipsed two million, according to the latest Krabi Hotel Market Update by C9 Hotelworks.

“While the market has steadily moved forward during the past decade, tourism revenue went into overdrive in the last five years. In 2016, tourism receipts hit 84 billion baht (US$2.4 billion), which has more than doubled the figure in 2010 of 30 billion baht,” added Bill Barnett, managing director, C9 Hotelworks. The report shows a total of 14,352 direct and connecting flights bound for Krabi International Airport last year, 27 per cent of which departed from Greater China. International flights from South-east Asian countries accounted for 13 per cent, led by Kuala Lumpur, Singapore and Penang.

“Krabi’s legacy tourism markets of Sweden, France and Germany have been marginalised by a remarkable rise of Chinese tourists,” Barnett commented.

Such change in visitor profile contributed to the destination’s best performing months shifting from the traditional December peak to February in 2015 and 2016, according to the report.

Meanwhile, citing numbers from STR, C9 revealed that Krabi’s international hotel market for FY2016 outperformed that of Phuket in terms of market-wide ADR.

Some 438 new hotel keys were added to the market in 2016, which represented a two per cent rise in total supply.

A total of 598 additional keys are expected to enter the hotel market throughout 2017, with 160 keys already introduced in Q1.